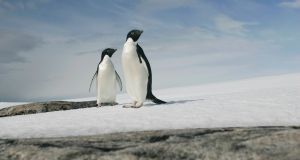 1. Seán Dunne says he did not visit €58m Dublin house before buying it
The bankrupt property developer Seán Dunne has told the official overseeing his bankruptcy that he and his wife, Gayle Killilea, did not visit a Dublin house before buying it for €58 million in 2005.
“We didn’t physically inspect the property because we didn’t want anyone to know we were looking at it,” he said.
The comments were made in a day-long interview with Mr Dunne, in the offices of the official assignee, Chris Lehane, in June of this year.
It was the first interview given by Mr Dunne to Mr Lehane, even though Mr Dunne was declared a bankrupt here in July 2013. He is also a bankrupt in the United States.

2. Deal on teachers’ dispute ‘unlikely’ in time to stop indefinite closure of schools
The president of the Association of Secondary Teachers Ireland (ASTI), Ed Byrne, has acknowledged that it is “unlikely” the union will secure an agreement in time to avert the indefinite closure of hundreds of schools following the midterm break.
Talks aimed at averting large-scale disruption are due to get under way early next week between the ASTI and the Department of Education.
The ASTI is planning to withdraw supervision and substitution cover from Monday, November 7th, which would force many schools to close on health and safety grounds.

3. Report says Olympic Council of Ireland is opaque, with inadequate audit functions
The Olympic Council of Ireland (OCI) has inadequate audit functions, is not transparent and pays little or no attention to ethical functions, a report into the organisation has found.
The OCI also has no strategic plan for what it is supposed to achieve, according to the report by consultants Deloitte who were asked to examine the organisation’s governance and management.
If accepted and implemented, the highly critical report spells a definitive end to the 28-year reign of OCI president Pat Hickey, currently facing trial in Brazil on charges of ticket touting, what is termed ambush marketing, theft, tax evasion, money-laundering and criminal association. Mr Hickey denies the charges. 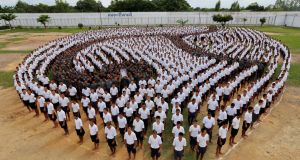 4. World’s largest marine park created in the Antarctic Ocean
Twenty-four countries and the European Union agreed on Friday to create the world’s largest marine park in the Antarctic Ocean, covering a massive 1.55 million square km (600,000 square miles) of ocean.
The Commission for the Conservation of Antarctic Marine Living Resources, meeting in Hobart, Australia, said the Ross Sea marine park would be protected from commercial fishing for 35 years.
The Ross Sea is seen as one of the world’s most ecologically important oceans.
The sanctuary will cover more than 12 per cent of the Southern Ocean, which is home to more than 10,000 species including most of the world’s penguins, whales, seabirds, colossal squid and Antarctic tooth fish.

5. Irish start-up Nuritas leads fight to prevent diabetes
A small Dublin company is leading the fight to stop people developing type-2 diabetes.Nuritas, founded by a Trinity College mathematician, is about to run trials in Ireland on what would be the first treatment available to stop people with pre-diabetes developing the full-blown disease.
The company has just secured €3 million from the EU’s Horizon 2020 fund to finance the trials which, unusually, will run in Ireland.
The Health Service Executive estimates that about 200,000 people in Ireland are “pre-diabetic”, of which 40 per cent will go on to develop the disease over the next five years.

And finally: Clare Daly using Dáil privilege in own interest
Noel Whelan writes that it should worry anyone interested in a fully functioning democracy within the rule of law that a TD chose, behind the wall of parliamentary privilege, in personalised and robust terms, to criticise a judge who dealt with the deputy’s own case.
Independents 4 Change TD Clare Daly’s speech in the Dáil on Wednesday night criticising how a minor speeding offence, which she admitted to, was dealt with by a District Court judge earlier that day is just the most recent in a pattern of such political outbursts.