Film-makers may be inflating budgets for tax breaks, Revenue warned 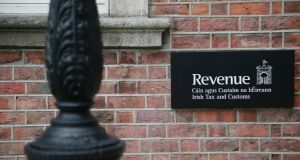 The chairman of the Revenue Commissioners was warned last year that film-makers who may be inflating their budgets in order to secure outsized tax breaks were playing “catch me if you can” with the taxman.

In a briefing note prepared for chairman Niall Cody, Revenue officials said sanctions for manipulating Ireland’s tax-break scheme for films were underpowered and the team of tax inspectors tasked with policing it was under resourced.

“Without the possibility of interest, penalties, publication and prosecution there is no incentive to be compliant for those who are not otherwise so inclined,” the note on the tax break stated. “There is an element of ‘catch me if you can’ with no possible down side to inflating budgets and spend.”

After the warning, the Government used the finance Bill to change the treatment of the film relief in order to allow for stricter penalties.

The tax break has traditionally been handled as a certification rather than a self-assessment claim, meaning that tax officials must inspect and sign off on every application. This, according to the briefing note, “involves a huge volume of compliance work being carried out by a very small team”. The fact that the credit was self assessed “renders a lot of the work of that team inefficient”.

The absence of a self-assessment regime also meant “interest, tax-geared penalties, publication and prosecution are generally not on the table when it comes to incorrect claims for certification to Revenue”, according to the note, which was released under the Freedom of Information Act. Last year’s finance Bill changed the administration of the film relief to a self-assessed basis.

The tax relief, known as section 481, can be worth millions to individual films. It allows a credit for whichever is the lowest of 32 per cent of eligible Irish expenditure, 80 per cent of all expenditure, or €70 million. The maximum tax credit available to any single film is €22.4 million.

The report also flagged concerns around the overstatement of expenses for payments to related parties “and the difficulty in policing any such overstatement” and said that arising from the treatment of film rights under the Act “there is a risk that where the Irish companies own the rights to exploit a film, the resultant revenues are being artificially diverted outside of Ireland”.

In a statement, Screen Producers Ireland said that its members are obliged to comply with the legislation, and called on Revenue to update its guidance on the use of the tax-break scheme. It said the incentive is “critical to the Irish film industry”.