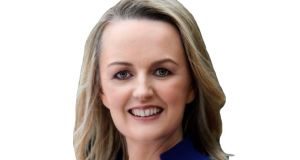 A Fianna Fáil general election candidate has accused her party of “sexism” and says its Dáil team resembles an “out of shape” male soccer team.

Wexford councillor Lisa McDonald was speaking after the party added two male candidates to her Wexford election ticket, making Ms McDonald the only woman on a four person ticket.

She told Morning Mix on South East Radio she is “not happy” after the move in recent days.

Mr Byrne, who ran in Ireland South in the European elections, is also tipped to be the party candidate in the upcoming by election in Wexford.

She said the move “smacks of sexism”, adding: “I think it is an effort to take me off the ticket, if I am completely honest.

“I am not going to be bullied by Fianna Fáil headquarters or anybody else,” she said, adding that party figures asked her to stand in the election, even suggesting that she be added to the ticket rather than win at convention.

She said she insisted she wanted to go to the July 2018 convention, where she came second behind Mr Browne and ahead of six others, including Mr Sheehan and Mr Byrne.

“It seems to be that Fianna Fáil have a problem with women, they genuinely have,” she said on Wednesday.

“The female TDs were waiting for Micheál (Martin) at the bottom of the stairs so they could go out and surround him when he came out to make his press conference. I think that is pathetic, quite frankly.

“The reality is that the Fianna Fáil political party in Dáil Éireann looks like a male soccer team that are out of shape.”

Meanwhile, a Fine Gael general election candidate has said she is coming off her election ticket. Sinead Maguire, who was expected to stand in Sligo, said she could not put her party before her family.

It means that Fine Gael currently only has one selected candidate, senator Frank Feighan, in the four seat constituency. Gerry Reynolds, who was also expected to stand, also pulled out over the summer.