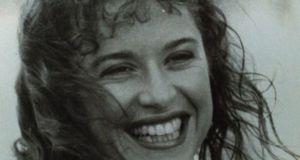 Ciara Glennon whose body was found dumped about 50km from Perth in March 1997. Photograph: PerthNow

The father of murdered Irish woman Ciara Glennon has spoken of his daughter’s “great courage” following the conviction of Bradley Edwards in Perth on Thursday.

“Ciara was strong in spirit, had courage, great courage but yet as she fought to save her life she could not save herself,” he said.

Bradley Robert Edwards, a former technician from Western Australia, was found guilty of the murders of Ms Glennon and Jane Rimmer but acquitted of the murder of Sarah Spiers in what became known as the Claremont serial killings case. The conviction followed Australia’s longest-running and most expensive criminal investigation.

Edwards was arrested in 2016 and charged with wilfully murdering the three women, as well as for indecently assaulting an 18-year-old woman during a break-in at her Huntingdale home in February 1988, and abducting and raping a 17-year-old girl in February 1995 in Claremont.

Ms Glennon, whose family was originally from Westport, Co Mayo was celebrating St Patrick’s Day with friends in Perth on March 14th, 1997, when she went missing. Her body was later found in bushland about 50km from Perth.

Speaking at press conference after the conviction, Denis Glennon, who is originally from Westport, said his daughter had fought for her life and in the process had left vital DNA clues.

“When Ciara was deemed a missing person my appeal for help to find her was in a press conference like this, in this very same room, I had two fears – that she would fight for her life because of the way she was brought up and little did we know then how prophetic those words would be. As she fought to save her life she left us the vital DNA clues.

Mr Glennon said the past was “engulfed by sadness” but fond memories of Ciara helped the family through it.

He mentioned her “ready friendship and above all her courage”.

Mr Glennon said he would no longer be so involved with the case.

The Claremont killings refer to the deaths of Ms Rimmer (23), Ms Glennon (27), and Ms Spiers (18), between 1996 and 1997. All three women went missing after nights out at the Claremont entertainment district in Perth’s eponymous western suburb.

The bodies of Ms Rimmer and Ms Glennon were found dumped in bushland at opposite ends of Perth. Ms Spiers was never found and is presumed dead.