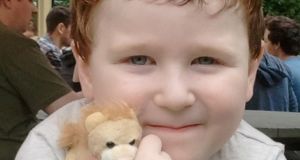 Luke O’Donovan, the six-year-old who was killed in a traffic accident at Ballymacoda in Co Cork. Photograph: Provision. 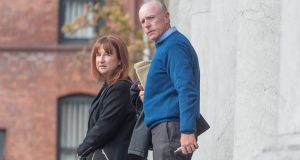 The parents of a boy killed by a driver with a cognitive disability have called for the law to be changed so that people who have suffered serious impairments have to re-sit their driving test before obtaining a licence.

Stephen and Josephine O’Donovan said the death of their six-year-old son Luke in a hit and run outside their home on Knockadoon Road in Ballymacoda, Co Cork highlighted a need for a such a change.

Mr Walsh had suffered two serious head injuries after falls from heights in the 1980s and in 2006 which had impaired his cognitive function and affected the movement in his right hand.

At present a motorist, their family or their medical practitioner has to inform the National Driver Licence Service if they have suffered any impairment but there is no requirement to to re-sit their driving test to assess their fitness to get back behind the wheel, Mr O’Donovan said.

He said those who with such an injury or illness could have changed capabilities as a result and “their ability to drive safely needs to be assessed”.

Speaking as a verdict of accidental death was returned at the inquest into Luke’s death at Cork City Coroner’s Court, Mr O’Donovan said that “hopefully no one else will have to go through what we have gone through”.

Mr Walsh, of Ballyferode, Ballymacoda, was given a two year suspended jail term, a 10 year driving ban and ordered to re-sit a driving test before applying for a new licence after pleading guilty in March to failing to remain at the scene of an accident.

Mr O’Donovan told the inquest Luke was playing his X-Box at around 1pm on the day of the collision and that he had gone outside the house to repair their car radio.

“The next thing I heard a bang - it was like a door slamming,” he said. “I looked right towards the village and saw nothing. I looked left and saw something fall from the sky. It hit the footpath and rolled twice. Within five or six seconds, I realised it was Luke.”

Mr O’Donovan recalled seeing a silver Ford Focus slowing down along the road before driving off. Luke was rushed to Cork University Hospital but died there two days later from brain injuries sustained in the collision.

Gardaí traced the car to Mr Walsh, who admitted to not remaining at the scene. He said Luke ran out in front of him and that there was nothing he could do to avoid hitting him.

Garda Ray Sweeney said it was impossible to establish the car’s speed at the time of the collision as it left the scene other than to say Mr Walsh had slowed down by 46km/h when he braked.

Ken Murray, solicitor for Mr Walsh, said his client had been certified by a medical practitioner to drive.Sgt Fergus Twomey said Mr Walsh’s licence was issued on condition that he drive a suitably adapted car and that his licence would be renewed subject to an appropriate medical report.

The jury returned a verdict of accidental death and recommended that details of the case be forwarded to the Road Safety Authority, the National Driver Licence Service, Insurance Ireland and medical bodies to highlight the importance of people being properly approved to drive.

Cork City Coroner Philip Comyn extended his sympathies to the O’Donovans and commended their generosity in donating Luke’s kidneys, heart and liver for transplant, which he said had helped four recipients in Ireland and the UK.

UCD to introduce class on how bystanders can intervene in harassment 15:02
Judge has ‘great sympathy’ for man set to lose his Co Louth home 14:49
Dublin man may have been stabbed to death by woman in parking space row 14:42
‘I think she is terrified’: Woman facing deportation to Nigeria from Sligo 14:29
Health worker double-paid thousands for same shifts by HSE and agency 13:58