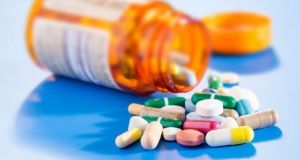 A HSE-funded autism service in Cork continued to provide an unlicensed medication to residents even after authorities threatened to cancel its registration. File photograph: Getty

A HSE-funded autism service in Cork continued to provide an unlicensed medication to residents even after authorities threatened to cancel its registration, a report has found.

Staff at the Corbally House service administered a drug that was not approved by pharmaceutical or medical licensing bodies, according to an inspection report compiled by officials from the Health Information and Quality Authority (Hiqa) following a visit in June.

The centre is run by the Cork Association for Autism, and receives substantial funding from the HSE.

Hiqa issued the service with a notice to cancel its registration earlier this year on foot of a series of adverse findings from inspections in September 2016 and January 2017.

In March, management of the six-bed facility drafted an action plan to address the deficiencies noted by Hiqa, but a follow-on inspection in June concluded that areas of major non-compliance were still evident, particularly around medication management and governance.

In response, the care provider said a new medication management policy had been drafted and would be rolled out over the following months with relevant training provided to staff.

Poor practice was also found in two other Daughters of Charity-run disability centres which were already under threat of having their registrations cancelled.

Inspectors at the St Vincent’s service in Limerick observed that escape routes “routes were not constructed in a manner capable of being maintained free from heat and smoke in the event of a fire”.

They said the only route of escape for four residents who stayed in a dormitory-style bedroom was through another room, which led to a finding of major non-compliance for health and safety.

The provider had been issued with a notice to cancel its registration in November of last year, and while adequate steps had been taken to “mitigate against any immediate risks to patients” between then and the Hiqa visit in May some outstanding issues still remained.

It was found during an unannounced visit in June that the 10-bed St Anne’s service in Tipperary continued to be unsuitable for the purposes of meeting the assessed needs of residents.

Despite this, Hiqa officials noticed “sustained and significant improvement” at St Anne’s after it was issued with a threat to cancel its registration arising from a previous inspection.

Another Daughters of Charity service in Dublin 7 exhibited a “high level of regulatory non-compliance across all outcomes inspected” according to a separate report, which warned that some residents were at risk of experiencing an abusive situation due to lax oversight.

It was described as a “distressing situation” which impacted negatively on residents’ health, wellbeing and quality of life.

Tusla staff at risk of working beyond retirement age