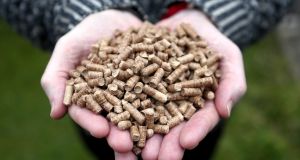 The RHI scheme was set up in 2012 to encourage businesses in Northern Ireland to switch from fossil fuels to renewable heat sources, but a failure to include a cap on subsidies meant that participants earned £1.60 for every £1 they spent. File photograph: PA Images

The North’s Minister for Economy has pledged that anyone who suffered economic hardship after participating in the Renewable Heat Incentive (RHI) scheme in good faith will be treated fairly.

Diane Dodds said her approach to the scheme would be “guided by fairness both to those participants who have acted in good faith, and to taxpayers who fund the scheme”.

Ms Dodds was responding to the publication of a report by Andrew Buglass into hardship relating to participation in the scheme, which she said would be taken into consideration as part of the process to decide its future.

The report concluded that “many of the respondents have suffered one or more forms of economic hardship as a result of the reduced cashflow following the tariff reductions” to the RHI scheme.

“Any resolution of these issues will be complex and likely controversial, but we feel that perhaps the most important principle to be adopted in any resolution process is that of fair and equal treatment for all those who have participated legitimately in the scheme,” Mr Buglass wrote.

The RHI scheme was set up in 2012 to encourage businesses in Northern Ireland to switch from fossil fuels to renewable heat sources, but a failure to include a cap on subsidies meant that participants earned £1.60 for every £1 they spent.

The scandal over what became known as the “cash for ash” scheme brought down the North’s devolved government and raised serious questions over how Northern Ireland was governed.

The long-awaited report of the inquiry into the scheme by Sir Patrick Coghlin, which was published last month, said it should never have been adopted, but found no evidence of corruption among ministers, officials or special advisers.

The original subsidy level had been guaranteed for 20 years, but was reduced by cost-control measures in 2017 and 2019. Many of those who participated in the scheme in good faith have said this has left them in financial hardship, and argue the changes were unlawful. A judicial review is scheduled for later this year.

The independent report by Andrew Buglass was commissioned by the North’s Department for the Economy after a call for evidence last year sought views on economic hardship from RHI participants. Of the 93 responses received, 61 per cent were from the farming community.

Mr Buglass found that most respondents had only replaced their existing fossil fuel installation because of the incentives offered by the scheme, and many cited official promotion and its environmental benefits, as well as the economic case, were prime factors in their decision to invest.

A factor common to all cases, he wrote, was that under the reduced 2019 tariff, the tariff receipts from RHI were lower than the additional cost of using biomass boilers as compared to traditional heat sources.

Ms Dodds said she welcomed the conclusion that “the most important principle to be adopted is that of fair and equal treatment for all those who have participated legitimately”, but said the report also presented challenges.

It was clear, she said, that the initial tariffs were “unsustainable” and the “subsequent legislative changes in 2017, 2018 and 2019 were therefore necessary to bring costs within budget”.

The tariffs introduced in 2019 were “essential and were underpinned by a robust evidence base” but she acknowledged the report had shown “the reduction in cash flow resulting from the reduced tariffs has been challenging for some”.

She said the Department “has committed to keeping the variables that underpin the tariffs under review and it is currently consulting on revising the tariffs based on this updated evidence base”.

“Cash-flow shock was an inevitable impact upon the businesses that had accepted the government guarantees,” RHANI said.

“We also welcome Mrs Dodds’ candour in confirming that this independent analysis causes the Department some difficulty.”