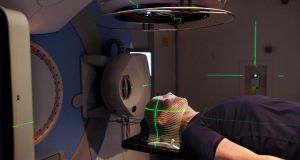 Some employees at St Luke’s Radiation Oncology Network claimed excessive mileage for journeys they undertook while some staff claimed for travel expenses when they were recorded as being on annual leave, according to a HSE internal audit report.

Auditors also found value for money was not always obtained from expenditure on annual continuing medical education grants of up to €3,000 provided to medical consultants.

The internal audit report, published on Tuesday, also said there were no internal controls over the recording of visitors who stayed at the lodge, a 51-bed unit on the grounds of St Luke’s Hospital in Rathgar, Dublin, which was used mainly by patients and their families and friends.

It also said there was a lack of clarity in relation to the terms and conditions associated with consultants claiming for mobile phone usage.

The audit report raised issues about the operation of an annual grant of up to €3,000 provided to consultants for continuing medical education.

It said an assessment of three consultants’ continuing medical education in 2015 and the 2016 grant accounts showed there was no database at SLRON to monitor the payments.

It said receipts were not always provided “and where a registration fee was not necessary, proof of attendance was not provided”. A consultant spent €5,477 when attending a congress in Japan in June 2015. (A total of) €3,000 was refunded which was the total amount of the 2015 continuing medical education grant. (A total of) €1,142 – 20 per cent of the full cost – was in relation to train and taxi costs.

Internal audit was unable to verify if the airline ticket costing €2,812 was business class as the travel class was not evident on the receipt provided.

The audit said that in another case, of a trip to the United States, 50 per cent of a restaurant receipt was claimed which equated to €135 and that “tips were also evident”.

The auditors maintained it represented a breach of continuing medical education guidelines if expenditure on alcohol and tips was incurred.

Auditors also raised concerns about a lack of internal controls regarding the lodge, a 51-bed unit on the grounds of St Luke’s Hospital which was used primarily by patients and at which family and friends could stay for a cash fee of €20 a day.