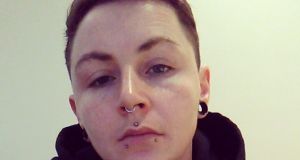 Lee McLoughlin (28) said the case ‘was not about money’ but about the principle and the precedent on behalf of those who might find themselves in a similar scenario in the future.

A Dublin barber has been ordered to pay €5,000 to a transgender man after being found to have discriminated against him when refusing to give him “a short back and sides”.

The transgender man, Lee McLoughlin, told the Workplace Relations Commission (WRC) that when he sat down to have his hair cut at Charlie’s Barbers in Nutgrove Shopping Centre, south Dublin on September 24th last, the barber, mistakenly believing he was a woman, replied: “I don’t cut ladies’ hair”.

Mr McLoughlin told the barber that he just wanted a “short back and sides” and the barber replied “We don’t cut ladies’ hair. I’m sorry”.

Mr McLoughlin said that he then informed the barber that he was transgender and a trans man.

He alleged the barber proceeded to shake his head and stated, “I am sorry, we can’t cut ladies’ hair. It’s a contract that we have with another hairdresser around the corner, so if we cut a woman’s hair we will be fined”.

Mr McLoughlin had arrived at the busy barbers at 1.05pm and proceeded to take a seat with a number of other men queuing and waited 25 minutes before it was his turn.

Mr McLoughlin told the WRC hearing that the comments by the barber were uttered in front of a number of customers and caused huge embarrassment and distress to him and he left the premises “in shock”.

Mr McLoughlin claimed he was discriminated under the Equal Status Act on the grounds of gender.

Upholding the claim, WRC adjudication officer Gerard McMahon ordered the respondent in the case, Paula Smith of Charlie’s Barbers, to pay out €5,000 to Mr McLoughlin.

Mr McMahon said: “I conclude that the complainant was treated differently, because he was transgender when he was refused a haircut by the respondent. This amounts to discrimination on the grounds of gender.”

When questioned at the WRC hearing as to what might have led the barber to take the stance that he did, Mr McLoughlin responded that he was “not sure” as he “was dressed as a male” and “was trying my best to appear male”.

Mr McLoughlin said the refusal by the barber necessitated an emergency counselling session.

When asked about redress at hearing, Mr McLoughlin responded that the case “was not about money”.

He explained it was about the principle and the precedent on behalf of those who might find themselves in a similar scenario in the future.

The barbers apologised for the incident and noted that action had been taken to prevent a recurrence.

In its defence, Charlie’s Barbers stated that the barber in question did not recollect Mr McLoughlin saying that he was transgender and a trans man until he was leaving the premises.

They said the barber in question did not mean to offend Mr McLoughlin and believed he was performing his role correctly and protecting his employer.

Solicitors for the barbers contended that a “one off mistake” did not amount to discrimination.

The barbers added it had put in place a policy to prevent a similar incident from happening again.

The barber told the hearing that he did “not intend to treat the complainant in a less favourable manner, as he would treat all women in the same manner”. He said “his misunderstanding or misperception of the gender identity of the complainant was an honest belief”.

Following the ruling, Mr McLoughlin said “it is a huge victory for all transgender people and is the best outcome I could have wished for”.

He said he hoped the case “will make people stop and think before making assumptions and will raise awareness that everyday discrimination can cause deep hurt”.

A 28 year old public servant from Walkinstown in Dublin working in healthcare regulation, Mr McLoughlin said that he only “came out” as a transgender to his family, friends and work colleagues in May of last year.

He said that since coming out at transgender “I feel so lucky. I have had such a great reaction from everyone. I have never felt happier or more confident than I do now. I couldn’t be happy until I became my authentic self”.

He said the discrimination he encountered at the barbers “was an isolated incident for me and has been my first and only negative experience as a transgender male”.