Donegal nurse killed in Australia when ‘tree fell on car’ 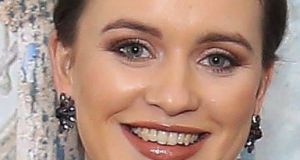 A young Irish nurse killed when the branch of a tree fell on a car she was travelling in Australia has been named locally.

She was Mary Ellen Molloy from Ardara in Co Donegal.

The 26 year old, who was working at the Royal Melbourne Hospital, died instantly in the accident which happened about 4pm Irish time on Friday.

Another young woman in the car, also believed to be from Co Donegal, was also hurt but her injuries are understood not to be life-threatening.

Ms Molloy is from a well-known family and her uncle is Donegal’s All-Ireland winning GAA captain and Fianna Fáil county councillor Anthony Molloy.

Her parents Terence and Angela Molloy, as well as her brothers John and Karl, are being comforted by family and friends.

A full investigation is being carried out by Australian police into the circumstances surrounding the tragedy.

A spokesperson for the Royal Melbourne Hospital said staff were shocked by the death of Ms Molloy.

“We are supporting the family and colleagues of one of our nurses who tragically died when a tree fell on her car,” the statement said.

“We send our deepest sympathies to the nurse’s family and friends, who are grieving over this heartbreaking loss.”

Meanwhile, a spokesperson for Ardara GAA posted a message of sympathy on the club’s Facebook page.

“We awaken today as a Parish, numbed by the news from Australia of the death of Mary Ellen Molloy in Melbourne yesterday evening. Mary Ellen was a beautiful girl with a permanent smile who lit up every room she walked into,” the statement said.

“Her love for her family was always so evident whenever they were together, and we can only imagine the grief that Terence, Angela, John Ross, Karl Joseph and the Molloy and Gillespie families are feeling at this time.

“As a community, we have lost yet another shining light and as ever, we will do whatever we can to assist them at this terrible time. God Bless everyone who knew and loved the beautiful girl from Edergole. God Rest you Mary Ellen x.”

Arrangements are being made for the return of Mary Ellen’s remains for her funeral.

A family friend who asked not to be named said: “Mary Ellen was doted on. Terence and Angela were so proud of her and very proud that she had qualified as a nurse and was living in Australia.

“She came back whenever she could but always kept in touch.

“As you can imagine their whole lives have been turned upside down. It is just a very freak thing that has happened but so hard for them to accept.

“The entire community is in shock at what has happened and especially coming as it does at Christmas time.”

According to Australia news website The Age, Melbourne senior arborist Tim Michau said the fallen branch could have been the result of Friday’s sweltering temperatures.

“It can very much be the result of heat stress. [Trees] do perspire and sweat like most living things, and every living thing needs water,” he said.

“When they’re excessively sweating or releasing the water out of their systems, they’re also being drained of all their good nutrients, and it is a problem...a branch can weaken or fail.”