Cyclist found with head injuries in Nenagh dies in hospital 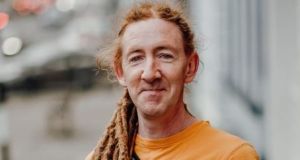 Sean Clifford was found next to his bike in Nenagh town having suffered serious head injuries.

A cyclist who was found lying beside his bicycle with serious head injuries in Nenagh town last week has died.

He has been named locally as Sean Clifford, who was in his 40s. He died at University Hospital Limerick following the incident at the junction of Emmet Place/Sarsfield Street and Mitchell Street last Wednesday afternoon.

Gardaí­ have issued a fresh appeal for witnesses after Mr Clifford was found next to his bike in Nenagh town having suffered serious head injuries.

The incident occurred at about 3.20pm in the Co Tipperary town.

The road was closed for several hours to allow for a technical examination by forensic collision investigators.

Mr Clifford was predeceased by his parents John and Helen. He is survived by his brother Kevin and sisters Pauline and Susan, brother-in-law Andy and his goddaughter Phoebe, extended family, relatives, kind neighbours and his many friends.

A private family funeral Mass will take place on Wednesday at 12pm in St Mary’s of the Rosary Church, Nenagh, followed by burial in Lisboney New Cemetery.

Gardaí at Nenagh are appealing for any witnesses to come forward and are also appealing for any road users who may have camera footage, including dash-cam, who were travelling on Sarsfield St from 3pm to 3.20pm to make this footage available to gardaí.