Covid-19: Relief in Scotland as vaccinations get under way 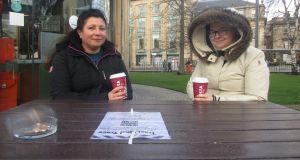 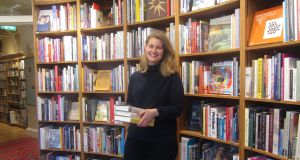 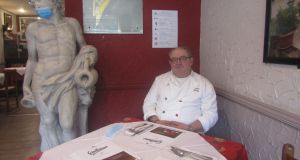 Giuliano Binanti, the owner of Giuliano’s restaurant in Edinburgh city centre, has lost more than 90 per cent of his business due to Covid-19. Photograph: Freya McClements

There was, Scotland’s First Minister Nicola Sturgeon wrote last week, “no single sentence that has made me happier to utter in nine long months than this one.”

It was the news that the first vaccines in Scotland were to be administered on Tuesday; the relief has been palpable. “It seems to be a long time we’ve lived like this,” remarks Melisha Squire, one of a number of people The Irish Times speaks to at an outdoor cafe in the centre of Edinburgh.

“I work in retail,” explains Julie Slavin, “and we’re finding a lot of customers are starting to get fed up. They’re saying, ‘it’s ridiculous, more restrictions’, and that’s from people you wouldn’t expect to say that.”

Yet all feel the First Minister has performed well: “Nicola Sturgeon looks at real life, and she understands what people are going through because she’s going through it herself,” says Frances Porter. “She has her own mum and dad, and she knows how hard it is.”

This is reflected in the approval ratings; according to an Ipsos Mori poll for BBC Scotland last month, 74 per cent of the Scottish public feel she has handled the pandemic well. The reality, says Linda Bauld, professor of public health at the University of Edinburgh, is that when comparing the relative performance of each of the four nations, “the differences are really not that stark across the UK.”

“In terms of our excess mortality it’s really not that different, for example, between Scotland and England, and our proportion of deaths in care homes are roughly the same,” she explains.

However, other aspects of how Scotland responded differed. As with the other devolved nations, public health remains part of the NHS – unlike in England – so contact tracing was carried out by the NHS, with Scotland performing “slightly better”. It was also “more cautious” in moving out of lockdown in the summer, which meant “significantly lower” levels of infection than in some parts of England by early autumn.

The greatest distinction has been communication. According to University College, London’s Covid-19 Social Study, people in Scotland have shown the greatest understanding of the regulations. The most recent data, from October 21st, shows two-thirds understood the rules around Covid-19, compared to just over half in England, and confidence in government has also been consistently higher in Scotland.

“That is about having the daily briefings throughout the pandemic from the First Minister: she’s a very clear communicator, her party’s very popular, she’s trusted and her advisers – with one unfortunate exception at the beginning where rules were broken – are generally well regarded, and that’s different from the bit of the train wreck that some of the comms at Westminster level have been,” says Bauld.

Given this, why has Scotland not performed better? “In terms of how this pandemic has unfolded across the UK, we are linked together intrinsically ... we’ve lost out in the same way.”

The same mistakes were made – around care homes, as well as PPE, and there is no evidence there was greater compliance with the regulations. Bauld also emphasises the failure to close the country’s borders and to restrict travel early, the lack of testing capacity early in the pandemic, and the effects of inequality and deprivation. “These are the communities that have been hit hardest across the UK, whether you choose Manchester or Bradford or Glasgow or Dundee.”

Businesses – particularly the hospitality industry – have also been affected in similar ways. Giuliano Binanti, the owner of Giuliano’s, an Italian restaurant in the centre of Edinburgh, says his trade is down more than 90 per cent. “It will be a miracle if we can stay alive.”

He questions the restrictions imposed on restaurants, and the level of support from government. “I am back to making pizzas, doing deliveries, just to survive ... We are just trying to stay afloat until the vaccine [takes effect].”

Across the street, at the independent family-run bookshop Topping and Company, Cornelia Topping explains how they diversified online during lockdown, and when further restrictions were introduced in the autumn, “we propped a table at the front door and did contact-free bookselling.”

Though they were able to use the UK government’s job retention furlough scheme, they also had to take out a bank loan. “We had bills to pay and stock ordered,” she said.

She is “very optimistic” – a positivity helped by Christmas shoppers starting early this year. “It is difficult to forget about coronavirus because it’s just everywhere, but the news about the vaccine has really buoyed everyone up,” she says.

It remains to be seen how this will play out in the months ahead. The big question facing voters in the Scottish elections in May will be that of a second independence referendum; since June, the opinion polls have reported a consistent majority in favour of independence.

Part of this has been due to the perception that “the UK government has done a lousy job and the Scottish government does a good job,” explains Sir John Curtice, professor of politics at the University of Strathclyde; this is coupled with the nationalist argument, which has been thrown into sharp relief by Covid-19, that Scotland would govern itself more effectively as an independent country.

“This latest increase [in support for independence] has occurred in a vacuum,” says Prof Curtice, “at a time when Scotland has not been debating the merits or otherwise of independence.” That said, he emphasises, the assumption must be that the experience of the pandemic will have an effect at the ballot box. “I don’t think we’re going to forget this for a while.”