Coronavirus will result in profound changes to society, virologist warns 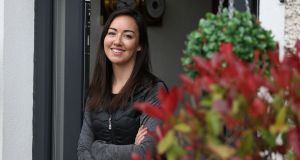 Dr Ailís O’Carroll, an immunologist and virologist who had been working in Australia, said she answered that ‘on call for Ireland thing’ and is in quarantine at home. Photograph: Nick Bradshaw / The Irish Times

On the day she left, Dr Ailis O’Carroll was on one of just two flights to make it out of Melbourne, amid “mayhem” at the airport.

A virologist who has studied the spread of Ebola and HIV, she came back from Australia to her native Dublin to lend her expertise to the effort to control Covid-19 in Ireland.

She signed up to return home as part of the “On Call for Ireland” initiative. Her journey home was assisted by the Department of Foreign Affairs, which had found seats on flights back to Dublin for those who wanted to come home and could afford to pay for the ticket.

“Absolutely everything else was cancelled. It was mayhem in the airport,” she said. “The staff were so overwhelmed; there were a lot of angry people.”

She had less than 12 hours’ notice of her flight home through Doha. Some airlines cancelled and grounded their fleets, dramatically reducing her options for getting home. She had a flight booked the following week, but there was no guarantee it would actually happen. So she spent six hours packing her life from Australia, where she lived for six years, into one bag. “I only had 30kg [baggage allowance], so half my life will go to the charity shop.”

She has been in quarantine for two weeks, waiting to begin a role this week with the Enfer Group in Naas, where she will be working in its lab, testing samples.

She believes the pandemic will have a long-lasting and permanent impact on public health and behaviours here. “What we need to do now is not just overcome this, but have a big system shake-up for pandemic disease,” Dr O’Carroll said.

Compulsory immunology classes, for example, should be considered in schools. “Like learning to cross the road as a kid, you should understand how your body will fight disease.”

Having studied how viruses like Sars and Mers evolved, she believed a pandemic like Covid-19 was always possible. “You’ve got a population the size of ours, right next door to mammals, a lot of globalisation; it was primed for something to happen.”

Urbanisation, she said, had led to the increase in favourable grounds for the emergence of “zoonotic” diseases, spread from animals. “ [It] has just been increasing more and more as our populations have spilled into animal habitats,” she said. Her research has focused on how viruses can “unlock” entry to human cells, avoid the immune system and why human biology is susceptible to certain infections.

“When viruses spread from species to species, the way they get into your cell can be similar to a lock-and-key mechanism. It’s all about shapes, when you think of anything in our bodies and biology. The virus has a shape on the outside of its shell, and when that binds to a receptor on a human cell, that can be similar to a lock-and-key mechanism, allowing it to enter into the human cell,” she said.

Generally, she believes, humans have a good resistance to many viruses, with the majority unable to infect human cells.“If you take a millilitre of seawater, I think there are 10 million viruses in it, and we can jump into the sea and we are not overwhelmed with viral infection.”

But the novel coronavirus has been incredibly successful at getting into humans, and transmitting between them. “It’s that mechanism of lock and key that is perfectly suited for spreading from human to human right now, and that’s why we have no way of stopping this.”

Dr O’Carroll believes that ultimately, the virus will be brought under control, but not for some months, and it will result in profound changes to society. “Humans do overcome anything. You can see it, you’ve seen it for years. Smallpox is believed to have killed potentially up to 500 million people, and we managed to find a cure for it. It doesn’t exist any more.”

However, she warned: “I don’t understand how we can quickly go back to a case of big gatherings of people, movement around the place, without proof you’re not extremely sick. Before this, you could move around a lot while being sick; going to work sick will be completely cut out. I don’t understand how people, after experiencing the next year of this, would feel about you sitting in work coughing.”