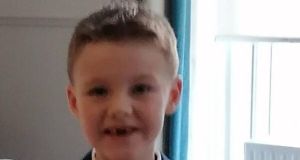 A six-year-old boy from Cork who wrote to Pfizer to ask if they could send Covid vaccines to Santa Claus and his elves has received a reply from Pfizer in Ringaskiddy and also the pharmaceutical giant’s American chief executive.

Callum Thornhill from Glanmire wrote the letter in early November after he heard on the radio that a vaccine was being developed.

His mother Paula Linehan said she did not expect a reply and it has made her son’s Christmas.

“He heard about the vaccine when we were driving to school one morning. He said we should write a letter to Pfizer and then he arrived home that afternoon and wrote it,” Ms Linehan told the Irish Examiner.

She explained to Callum that the company was very busy developing the vaccine so they might not have time to write back, but she assured him they would get in touch with Santa.

About two weeks after Callum sent the letter, a package arrived, addressed to him.

“I had no idea what it was, I was thinking his dad ordered something. But it was a letter back from Pfizer [in Ringaskiddy] with a little gift of an art pack.”

This letter thanked Callum for his kind words of encouragement in relation to developing a vaccine.

It also said all children were on Santa’s “good” list this year as they had sanitised their hands and been very helpful at home.

“They also said thank you for being so considerate and asking for Santa, and they told him they had been in contact with him, the elves and Mrs Claus, and they were all set to deliver presents on Christmas Eve as usual and they were safe and well,” says Ms Linehan.

The American CEO of Pfizer, Albert Bourla, then posted about Callum’s letter on LinkedIn, as well as sending Ms Linehan a letter via registered post.

Mr Bourla thanked Callum and said the letters from children like him “remind us of why the work we do everyday is so important”. - The Examiner