Concerns received about charities in 2016 up more than 200% 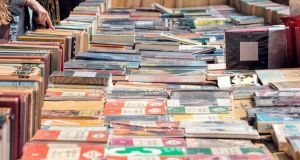 During 2016 the regulator wrote to 11 shops with concerns they were operating as “charity shops” while not registered. Photograph: iStock

More than 317 concerns about 223 charities were received by the Charities Regulator last year, an increase of more than 200 per cent on the previous year.

Publishing its annual report for 2016 on Tuesday, the regulator said 314 charities were removed from the register, while 84 new charities were added. This brings the total number of charities registered to 8,003.

The most common concerns related to financial management (38 per cent), organisations not being bona-fide charities (24 per cent) and governance issues (20 per cent).

Some 255 individual concerns were closed last year in respect of 100 organisations, including 126 relating to one organisation. Among those organisations removed from the register during 2016 was Console Suicide Bereavement Counselling Ltd, which went into liquidation in July 2016.

The previous month the regulator had authorised the charity to issue High Court proceedings against named defendants and to apply for various orders, including injunctions to protect the charity.

On foot of concerns raised with it, the regulator’s compliance unit formally engaged with about 135 charities or organisations to ensure compliance with the legislation.

Statutory directions were issued to two charities, which were both deemed registered under section 40 of the Act, to provide the regulator with specific records under section 68 of the Act.

During 2016 the regulator wrote to 11 shops following concerns expressed by the public that they were operating as “charity shops” while not registered on the Charities Register and so were in breach of the Charities Act 2009.

One prosecution was begun in late 2016 following the failure of the owner to respond to the regulator, the annual report said.

The shop has since ceased trading, after the owner was successfully prosecuted in Sligo District Court for breaches of the Charities Act.

Two shops closed following receipt of “cease and desist” letters, and a further two shops removed references to “charity” and made it clear to the public that they were not charities to comply with the law.

The remaining shops were the subject of ongoing compliance cases.

Charities Regulator chief executive John Farrelly said this increase of over 500 per cent in compliance was “a significant improvement”.

“We plan to continue to work with charities to ensure there is absolute transparency,” he said. “As a regulator we are determined that the activities of charities occur as transparently as though they are working behind a pane of glass,” Mr Farrelly said.

“We intend to implement the law so that the public can easily see and understand how each individual charity operates. This approach will protect good people doing good work in the public interest and ensure that charitable activity continues to flourish.”

Last September the regulator was given investigative and protective powers when Part IV of the Charities Act 2009 was commenced.

Mr Farrelly said the new powers would ensure the regulator could intervene where charities were not well managed.