Christmas party bookings up as confidence in economy increases 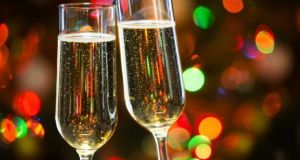 After budgets were slashed during the recession, nine out of ten hoteliers have plans to reinvest in their properties in the new year. Image: Thinkstock

Most hotels are reporting an increase in Christmas parties as confidence increases that the economic downturn is over.

That is according to the latest “barometer” survey of hotels and guest house owners, which found two-thirds of hotels saw an increase in bookings for Christmas parties, with one quarter of all hotels saying the seasonal boom has forced them to take on more staff.

Overall, the survey of members of the Irish Hotels Federation found 82 per cent of hoteliers reported increased business from Irish holidaymakers in 2016, a feature which was also attributed to the growing economy.

After budgets were slashed during the recession, nine out of ten hoteliers have plans to reinvest in their properties in the new year. Some 41 per cent plan to take on more staff over the next 12 months, while a further 54 per cent plan to retain current staffing levels.

With an 11 per cent increase in the number of foreign visitors into Ireland, visitor numbers to the 32 counties passed the 10 million mark for the first time in 2016.

While hoteliers freely admit they have had a very good year, the prospect of Brexit affecting one of the island’s biggest markets has most hospitality businesses worried.

The survey also showed business tourism was another area of growth, supported by increased activity in the domestic economy. Of those hotels catering for corporate meetings and business events, 46 per cent said they had enjoyed an increase in business over the past 12 months.

However there are clouds on the horizon. Nine out of out ten hoteliers said they were concerned about the impact Brexit will have on their business in 2017. Almost three in ten are already seeing a drop in bookings from the UK.

Joe Dolan, president of the Irish Hotels Federation, said confidence among hoteliers is steadily improving as the recovery in tourism continues.

He praised initiatives such as the Wild Atlantic Way, Ireland’s Ancient East and Dublin – A Breath of Fresh Air, describing them as “unique marketing campaigns” which strengthened Ireland’s image as a holiday destination abroad.

It was, he said, particularly positive that there was a pattern of sustained growth from other European countries beyond the UK.

“This is an outstanding achievement and a result of the hard work being carried out by the entire tourism industry in partnership with the national tourism bodies” he said.