Schoolgirl rescued after being forced into car, court hears 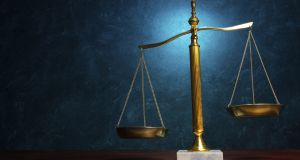 A teenage schoolgirl was rescued by gardaí after she was forced into a car in Dublin and driven away, a court has heard. File photograph: Getty Images

A schoolgirl was rescued by gardaí after she was forced into a car in Dublin and driven away, a court has heard.

A 17-year-old boy is charged with falsely imprisoning the teenager on the M1 in Dublin on November 10th.

Judge John O’Connor on Thursday held that the case was too serious to be dealt with in the Dublin Children’s Court and it has been moved on to the Circuit Court, which can impose tougher sentences.

During the hearing to decide on a trial venue, Judge O’Connor was shown CCTV evidence and given an outline of the prosecution’s evidence.

The footage showed the schoolgirl being approached by another female and brought to a car parked nearby.

It is alleged that the accused was the driver of the car and that the girl was forced into the vehicle by two males, resulting in a struggle.

Witnesses, who heard screams, followed the car and gardaí were contacted. Members of the force intercepted the car on the M1 Dublin to Belfast road.

The accused, who has an address in England, has been refused bail and was further remanded in custody pending the preparation of a book of evidence.

Gardaí also plan to object to legal aid being granted to him because his family have “significant means”, the court heard.

His co-defendant, another 17-year-old boy with an address in Ireland, is on bail. He is due to appear again at the Children’s Court in January for a ruling on his trial venue.

The court has heard the girl now wants to withdraw her complaint.

However, the Director of Public Prosecutions wants the case to proceed in the public interest.