Central Remedial Clinic will not pursue ex-chief over €741,000 severance package 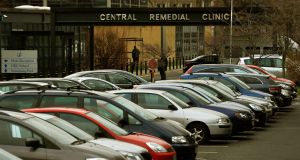 The Central Remedial Clinic in Clontarf, Dublin. The CRC will not pursue its former chief executive Paul Kiely to recoup the controversial €741,000 severance package he received on his retirement. File photograph: David Sleator/The Irish Times

The Central Remedial Clinic (CRC) will not pursue its former chief executive Paul Kiely to recoup the controversial €741,000 severance package he received on his retirement.

CRC chairman Kieran Timmins said Mr Kiely had decided not to give money back to the organisation from the package he received on his departure in 2013. He said this had been confirmed in legal correspondence.

However, on foot of advice from junior and senior counsel, the board concluded that the cost of taking a case would outweigh the amount it could recoup.

The CRC was embroiled in a major scandal in 2013 when it emerged top executives, including Mr Kiely, had been receiving salaries far in excess of agreed official public service pay rates.

It was subsequently confirmed that public donations were being used, in part to top-up executive pay.

Mr Kiely had retired from the CRC prior to the scandal erupting.

However, in the controversy that followed the revelations, the former CRC board resigned and the HSE appointed an interim administrator, John Cregan, to run the organisation for a period.