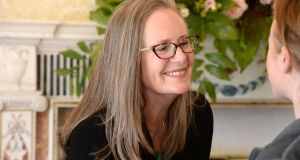 The Government has agreed three judicial appointment nominations to the Supreme, Circuit and District Courts after a Cabinet meeting on Tuesday.

Ms Justice Marie Baker has been nominated for appointment to the Supreme Court, having served as a judge on the Court of Appeal since last June. Before that Ms Baker sat on the High Court for four years from 2014 to 2018.

Educated in University College Cork, she was called to the bar in 1984, and then the inner bar in 2004, and she was also previously a part time commissioner of the Law Reform Commission.

Her nomination to the court would fill the vacancy left by the retirement of Mrs Justice Susan Denham.

The Cabinet also agreed to nominate Judge Rosemary Horgan for appointment to the Circuit Court, and solicitor John Campbell to the District Court.

Ms Horgan was the former president of the District Court for several years from 2012 to 2019.

The nominations will now go to President Michael D Higgins to formally make the appointments.