Henderson Park was hit with tax bill on €1.34bn purchase of Green Reit 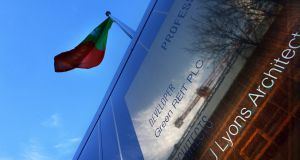 A British property company sought a concession from the Government to avoid a tax bill of up to €65 million on a significant deal it had struck in Ireland.

The company, Henderson Park, was hit with the tax bill on its €1.34 billion purchase of an Irish company, Green Reit. Changes introduced during the budget last October gave rise to the charge, arising from stamp duty and capital gains tax incurred during the transaction.

In a letter sent in early November to high-ranking officials in the Department of Finance, the company indicated that it was considering a legal challenge to the Government. It told officials of its “extreme concern” at the changes, which it warned would impact on Ireland’s “reputation as a stable, predictable and attractive place to do business”.

It said it was already legally committed to the deal at the time the tax changes emerged, and was “very surprised and concerned that changes of this nature would be introduced by the Government without notice or transitional provisions”.

The letter was released under the Freedom of Information Act.

The company called on the Government “in the interesting [sic] of fairness and equity” to amend two key sections of the Finance Act “insofar as they impact Henderson Park”.

“Henderson Park would hope that a solution can be found . . . to ensure that our constitutional and European law rights are protected, and that Henderson Park does not have to act on the legal advice which it has obtained from Senior Counsel.”

Sources indicated that there was still a possibility the company could take a case. A challenge could rest on whether stamp duty changes introduced in the budget were in accordance with European Union law.

A meeting took place between officials and the company in the days following the letter. A record of it was not released under freedom-of-information laws as its disclosure was covered by legal professional privilege and “its disclosure would constitute contempt of court”.

In the budget Minister for Finance Paschal Donohoe targeted the structure of the takeover deal, known as a scheme of arrangement, which involves the cancellation of existing shares and the issuing of fresh stock. Additional reforms targeted publicly-listed companies – such as that being acquired – with extra capital gains tax if they exited the market within 15 years of first floating.

In a statement, Henderson Park said it was committed to the Irish real-estate market in the long term and was establishing a permanent presence in Dublin. It is selling some €400 million of Irish property at the moment, which it said was always part of its long-term strategy.