Bases in Cork, Galway and Waterford to close as part of restructuring plan 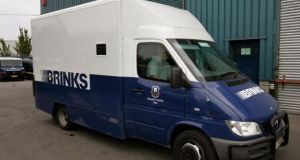 There has been a cash-in-transit base in Waterford since the 1970s. File photograph: Matt Kavanagh/The Irish Times

The closure of the company’s branches in Cork, Galway, and Waterford is part of a national restructuring plan to “support the viability of the business in Ireland”, the cash and payments provider said in a statement.

“The decision has been made with a view to achieving efficiencies across the business and continuing to deliver for our customers against the backdrop of coronavirus and a challenging economic environment.

“We are mindful of the impact of the decision on our workforce and are engaging extensively with employees and their representatives. Brinks remains committed to the Irish market, with 500 of our employees across its remaining four branches servicing the requirements of its 2,000 customers as the largest cash and payments provider in Ireland,” the statement concluded.

Up to 46 staff at Brinks Waterford base were informed of the decision at individual meetings on Thursday evening.

They were handed letters from the US head office and informed that the closure of their base is expected to occur between September 7th and 20th.

Waterford has had a cash-in-transit base since 1970, having first opened as Securicor. Up to six months ago it operated as G4S, before Brinks took over.

Siptu organiser Brendan Carr said the union was shocked and extremely disappointed to hear of the decision. Siptu’s intention, once talks began with the company next week, was to see how many jobs could be saved and to ensure their members would be adequately compensated, he said.

“This is coming as a result of cash coming out of the system due to Covid-19. It is happening all over Europe. We know that for a fact,” Mr Carr said.

Since the start of the year six workers were laid off in Waterford, with the rest of the employees being put on the Government’s Covid-19 Wage Subsidy Scheme in recent weeks.

Mr Carr said it was devastating that the pandemic was affecting people’s employment. He urged the Government and local representatives to step in and support the workers in any way they could.

A number of the highly skilled staff members have decades of experience in the cash-in-transit sector, while others have young families and mortgages, he added.