Boy critical after being found injured and unconscious in Belfast flat 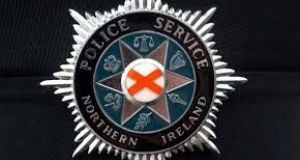 At around 4.15pm on Friday police were called to reports of a disturbance at a flat on the Donegall Road. Once inside they located the 17-year-old victim injured and unconscious. Photograph: PSNI

Three men have been arrested in connection with an attack on a 17-year-old boy in south Belfast on Friday.

Police said they found the teenager injured and unconscious after they were called to a disturbance in a flat on the Donegall Road at around 4.15pm

He was taken to hospital where his condition is understood to be critical.

Detective Inspector Keith Wilson said: “The arrested males were detained at the scene and were taken to Musgrave police station for questioning. They remain in police custody this morning.

Anyone who can assist us with our investigation is asked to contact Musgrave CID on 101, quoting reference 1018 03/05/19.