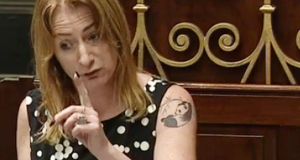 The expansion of Dublin airport and cheap European flights were criticised at a public debate on climate issues with European Parliament candidates.

Airport operator DAA is in talks with the European Investment Bank (EIB) to raise a several “hundred million” euro to part fund its capital expenditure plan which extends to 2024.

At a briefing on its annual results on Tuesday, the company, which controls Dublin and Cork Airports, said it expected to receive additional debt funding in the next 12-24 months to help finance its €1 billion plan to increase capacity on its campus.

The Environmental Pillar held a public debate to gauge where European Parliament candidates stand on key environmental and climate issues in Dublin on Friday evening.

“The DAA is looking for over €200 million for the expansion of Dublin Airport when we don’t apparently have money to tackle the housing crisis. Cities in Spain are getting EIB funding for housing but it seems like Ireland only wants it for expanding airports. That’s not on,” said Mr Cuffe.

“We have to tackle aviation fuel and the impact is it having on the environment . . . we can’t go on with €5.99 flights from Dublin to Spain,” he said.

Independents 4 Change candidate Claire Daly said she has long opposed the decision to open a second runway at Dublin Airport.

“The second runway . . . is going to have a detrimental impact on the health and wellbeing of residents in the area,”said Ms Daly. “We cannot have unfettered aviation development in Dublin. It’s unsustainable from a traffic point of view . . . bringing people to Dublin when there are other airports in the country. It is also unsustainable because people are getting up in the middle of the night to get cheap flights to get to Spain to facilitate the airlines going in and going out.”