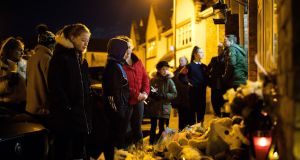 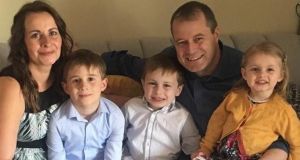 Deirdre Morley and Andrew McGinley with their three children Conor (9), Darragh (7) and Carla (3).

The father of three young children found dead at their family home in southwest Dublin last Friday has thanked people for the hundreds of messages of support and sympathy passed to his family.

Andrew McGinley addressed a candlelit vigil on Tuesday night in the housing estate where the family lived in Newcastle, Co Dublin. In a statement released earlier he said there were “no words” to describe the loss of his children “only devastation, grief and anguish”.

Several hundred sympathisers gathered in freezing conditions on the small green in Parson’s Court near the centre of the village where the bodies of Conor McGinley (9), his brother, Darragh (7) and sister, Carla (3) were discovered on Friday evening.

Fighting back tears, Mr McGinley thanked everyone who had come along for their friendship, support and compassion and for the messages and cards received.

“I will read every one of them,” he told the crowd.

Visibly moved by the demonstration of support from the community, Mr McGinley said he took “great comfort” from such expressions of sympathy as well as the many toys which people had left.

Dozens of soft toys, candles and bouquets of flowers several rows deep have been placed outside the terraced home of the McGinley family.

Also left outside the three-storey house was a jersey of Rathcoole Boys Football Club where Conor and Darragh had played with the message: “Forever in our hearts, thoughts and memories.”

Mr McGinley spoke of how his two sons and daughter had had a “big beautiful bright future” ahead of them.

“Make no mistake – they were loved and adored by all,” he added.

Fr Kevin Doherty, the parish priest of St Finian’s Church in Newcastle, said the lighting of candles was symbolic to show light in the darkness after what had happened to “three beautiful children”.

A short prayer was also read by the local Church of Ireland rector, the Reverend Stephen Neil who expressed condolences to the McGinley family at what he described as “this awful tragedy”.

After lighting three lanterns in memory of his children, Mr McGinley, accompanied by his sister, Michelle, stood for more than 20 minutes embracing family, friends and neighbours.

“Thank you for coming,” he said repeatedly.

Ollie McNally, chairman of the Newcastle Community Group, said the candlelit vigil was an opportunity for locals to show their support for Mr McGinley and his family.

A GoFund page set up on Monday to provide financial assistance to the McGinleys raised €6,500 in the first 24 hours.

Katy Janssens, a local resident who organised the candlelit vigil, said people in Newcastle were “heartbroken” by the weekend’s events.

“They are a wonderful family. We wanted to do something to show our support. It is the only thing people have talked about over the last few days,” she added. 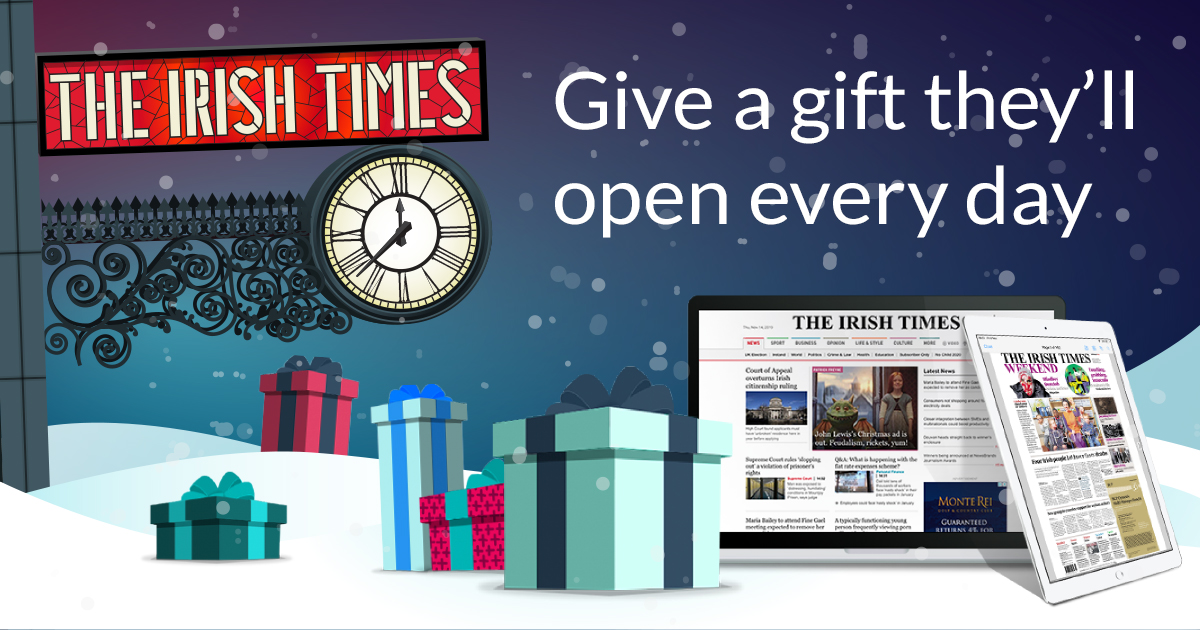