Aldi under fire after ‘wild’ salmon is revealed to be farmed 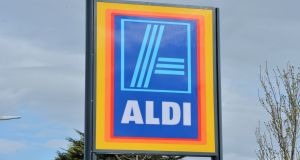 According to the German retailer’s Christmas brochure, the product had been “caught in the estuaries of Ireland”.

The catalogue also claimed that the product was “exquisite rope-hung smoked salmon” with an “impossibly low” price of €28.56 per kg.

However, a fishmonger who recognised that the price was, indeed, “impossibly low”, directed a complaint at the company via social media, pointing out that it was simply not possible for wild salmon to be sold at that price point.

“Normally, wild Irish salmon costs around €80 per kg and it’s only available for one month in the year. Wild salmon is a prized product, it’s the king of fish, so I was immediately curious,” the complainant, fishmonger Niall Murray, said.

“It took a few days, but they eventually admitted it was in fact a Scottish farmed product,” he said.

When contacted by The Irish Times, Aldi said the “product will not be going on sale in Ireland as previously advertised.

“There will be a sign in-store noting the details of this on December 20th.

“Unfortunately, there was a descriptive error in our Christmas product brochure in relation to one smoked salmon product.”

When pressed on how such a “descriptive error” could have occurred, the company declined to elaborate.

A spokesperson for the Food Safety Authority of Ireland (FSAI), which enforces all food legislation, including labelling, confirmed it was aware of the complaint about Aldi.

The spokesperson said the Health Service Executive had followed up the complaint.