Alcohol advertisements to be banned near schools from Wednesday 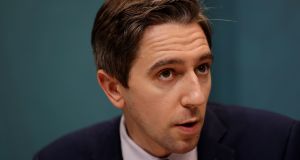 The first of a set of measures aimed at “changing the culture of drinking in Ireland” is to come into effect this week.

A ban on alcohol advertising within 200 metres of a school, creche or a local authority playground will be in place from Wednesday.

It will also extend to advertisements on public service vehicles including buses, trains, at bus stops and train stations.

Advertisements for alcohol products will also be banned in cinemas except where films are for those over 18 or where cinemas have licensed premises.

The ban is being introduced by Minister for Health Simon Harris, who is expected to seek Cabinet approval before the end of the year for the introduction of minimum unit pricing on alcohol by the end of the year. Restrictions on the visibility of alcohol sales in supermarkets are to follow next year.

The provisions are among 23 sections of the Public Health (Alcohol) Act, which was passed by the Oireachtas after almost three years going through the Seanad and Dáil.

Some of the provisions have been criticised by representative body Drinks Ireland – part of Ibec – which has pointed out that the industry supports 92,000 jobs and that alcohol consumption is down 25 per cent since 2005.

Drinks Ireland said “the whole population should not be punished because a small minority abuse a product”.

It said the “unintended consequences” could be job losses “and no decrease in alcohol misuse”.

In particular, it criticised the “minimum unit pricing proposals” which it said would “drive shoppers back over the Border to do their shopping” as there would be “at least a 30 per cent differential, even with a bad exchange rate.”

The association said the drinks industry is in favour of tackling the sale of cheap alcohol to reduce misuse.

“Minimum unit pricing combined with a no-deal Brexit is likely to lead to massive exchequer losses and to a significant rise in cross-border smuggling and illicit alcohol sales,” said Drinks Ireland director Patricia Callan. She called for a ban on below-cost selling to be introduced.

Mr Harris said Ireland’s relationship with alcohol “is not good, damages our health, harms our communities and harms many families”.

He said the measures would make a real difference “to changing the culture of drinking in Ireland over a period of time”.

Mr Harris added that the crackdown on advertising, and further restrictions on display areas in shops, would ultimately help protect people’s health.

Structural changes for retail storage of alcohol products must be in place by November 12th, 2020. In mixed retail units, alcohol is to be confined to an area separated from other products by at least a 1.2m high barrier. Alcohol products can be contained but not be visible in a unit behind the counter.