Accommodation at Marino Institute ‘neither clean nor liveable’

Student union says many students are reporting no electricity, no running water and damp in apartments 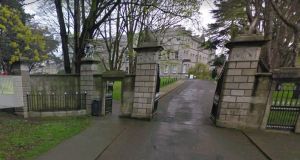 Student accommodation at Marino Institute of Education in Dublin has been described as “neither clean nor liveable”.

Niall O’Donovan, welfare officer of the college’s student union, said it is experiencing “a huge volume of complaints” from students living in the Ziggurat student accommodation in Marino.

“Students and their parents are paying huge amounts of money with the expectation of clean and liveable accommodation. Currently the accommodation is neither clean nor liveable, with many students reporting no electricity, no running water, damp in the apartments, broken or missing appliances and broken and seriously worn furniture,” Mr O’Donovan said.

“There is also ongoing construction work in apartments where students are staying, and some students described it as ‘like living in a building site’. We see this situation as unacceptable, and we will be raising it with Marino Institute of Education. ”

Ziggurat is a 300-bed facility located on campus at the Marino Institute on Griffith Avenue in Clontarf, Dublin, and is marketed and operated by Atelier Property.

Ziggurat Student Living’s website says it offers three-, four- and five-bed apartments in the college grounds, with “all ensuite and finished to the highest standards”.

A standard room costs €185 per week with a reservation fee of €350, according to the website. It says accommodation for the academic year 2017/18 is now fully booked.

A spokesman for the Marino Institute of Education said the accommodation is externally managed.

Annette Freeman, an executive assistant with Communicorp, took to social media on Sunday to voice her concerns about her cousin’s accommodation at Marino.

She wrote on Twitter, with accompanying pictures: “Dropped my cousin to her halls of residence at Marino Institute this eve. No power in sockets, no carpet in her room. And paying top dollar.”

The Irish Times has contacted Atelier Property for a response.