Charity shop “destroyed” by the fire, with damage caused to several other units 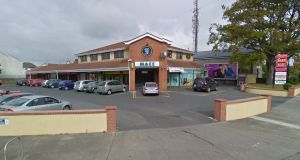 The fire caused considerable damage to a number of units in Coolock Village Retail Centre before it was brought under control by units of Dublin Fire Brigade. Photograph: Google Maps

A man in his 20s has been arrested in relation to a fire that took place at Coolock Village Retail Centre in north Dublin on Monday.

Gardaí responded to reports of a fire at 5am on Monday morning. The fire caused considerable damage to a number of units in the shopping centre before it was brought under control by units of Dublin Fire Brigade. A forensic examination of the scene was carried out by gardaí.

A 25-year-old man was arrested in relation to the incident yesterday afternoon and he is currently being detained at Coolock Garda Station.

The Society of St Vincent de Paul (SVP) said its charity shop in the centre has been left “destroyed” by the fire.

The charity added that the fire has caused “some structural damage” which means that it will be “some time” before the shop, which was one of its’ busiest can reopen.

It is now appealing to commercial owners on Dublin’s northside for a retail unit to replace the shop.

“We urgently need to find a replacement quickly as the loss of revenue is a blow to our ability to support those who seek our help,” said Liam Casey, SVP east region president.

“The level of goodwill and offers of help from the local community which depended heavily on the invaluable service of the St Vincent’s shop has been overwhelming.”

While an alternative premises is being sought, donations can be left at SVP shops in Fairview Strand, Kilbarrack, Killester and Malahide.

Anyone who can offer an alternative premises to SVP until the Coolock shop can reopen is asked to contact Mark O’Brien on 087 776 2293.