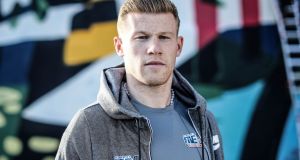 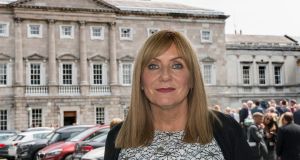 Singer and politician Frances Black is one of the signatories of the open letter to Taoiseach Leo Varadkar, published in today’s Irish Times. Photograph: Brenda Fitzsimons

More than 1,000 representatives of civic society across Ireland and among the diaspora have signed an open letter to Taoiseach Leo Varadkar calling for a “new conversation” about the constitutional future of the island of Ireland.

The letter also asks for the formation of a Citizens’ Assembly to reflect “the views of citizens North and South”, and welcomes the discussions it says are taking place among unionists about their future place on the island.

The letter, written by the Ireland’s Future group, and the full list of signatories are published in today’s Irish Times.

In the context of the “flux” created by Brexit and subsequent conversations about the reunification of Ireland, they point out that a majority in Northern Ireland voted to remain in the EU.

“It is the responsibility of the Government to ensure that the democratic wishes and rights of Irish citizens are respected and protected, regardless of where they live on the island,” the letter states.

“Let’s have a discussion on how this can be achieved. We would urge you to start this process, based on the vision of democratic change set out in the Good Friday [Belfast] agreement. Start planning now.”

The same group organised the Beyond Brexit – The Future of Ireland conference which was attended by more than 1,500 people in Belfast in January.

It has also written twice to the Taoiseach, the first in December 2017, when more than 200 representatives of “civic nationalism” signed an open letter to Mr Varadkar urging him to “give voice” to concerns around Brexit, the collapse of power-sharing at Stormont and the undermining of rights.

Today’s letter is signed by 1,088 Irish citizens from across the academic, arts, business, community, education, health, labour, law, media and sports sectors on the island of Ireland and among Irish diaspora in the United States, Canada and Australia.

Two-thirds of the signatories are based in the Republic of Ireland, and one-third in Northern Ireland or abroad.

Over half of Northern Ireland’s Covid-19 fatalities are care home residents 16:53
Robbie Lawlor ‘met by a gunman’ when he attended Belfast appointment 16:50
Outdoor children’s playgrounds set to reopen from Monday 16:38
Man alleged to have interfered with Co Westmeath heritage area 16:07
Policing Authority says some gardaí reluctant to arrest for domestic violence 15:16

1 ‘Summer is not lost’ - Taoiseach announces accelerated easing of coronavirus restrictions
2 Coronavirus: People to be allowed to travel anywhere in their county from Monday
3 Covid-19 restrictions: What you still can’t do this weekend
4 Unlocking Ireland: What exactly will happen in reconfigured phase two on Monday?
5 California police fatally shoot 22-year-old man on knees with hands up
Real news has value SUBSCRIBE