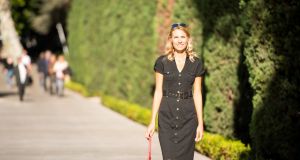 Women who are taller than 5ft 9in are more likely to live into their 90s than women who are shorter than 5ft 3in, according to research published in a top journal. File photograph: Getty Images

Taller women are more likely to survive to the age of 90, new medical research suggests.

Women who are taller than 5ft 9in are more likely to live into their 90s than women who are shorter than 5ft 3in, according to the BMJ published Journal of Epidemiology and Community Health.

The research, based on a study from The Netherlands of almost 8,000 people since the 1980s, found that a person’s height and weight may influence the lifespan of a woman far more than a man’s.

Just over 7,800 Dutch men and women aged between 68 and 70 provided information in 1986 on their weight at that time and on their weight and height when they were 20, along with details of their physical activity during leisure time, including walking or cycling to work, sports, gardening and dog-walking.

Women who were still alive by that age were on average taller, had weighed less at the start of the study and had put on less weight since they were 20 years old than those who were shorter and heavier.

There were no similar findings for men.

The study also found that greater physical activity results in a longer life but not for both sexes.

The more time men spent being physically active every day, the better their chances of reaching old age; for women, 60 minutes of physical activity every day gave them the best chance of celebrating their 90th birthday, but they got no further benefit for being more physically active.

Men who clocked up more than 90 minutes a day on physical activity were 39 per cent more likely to reach 90 than those who did less than 30 minutes.

Every additional 30 minutes of daily activity brought a 5 per cent increase in the chances of a man reaching old age.