Why are 25% of confirmed Covid-19 cases health workers? 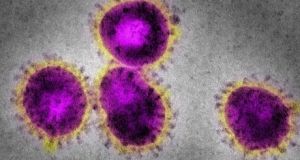 While staff in areas such as ICU would be familiar with high-grade personal protective equipment, staff in other areas have had to be trained up to use it. Photograph: Getty Images

One of the most worrying aspects of the crisis is the very high number of healthcare staff who have contracted Covid-19.

At present about 25 per cent of confirmed cases are health workers. When you take out those health staff who contracted the disease abroad – presumably on holidays or on leave in home countries – that leaves 18 per cent of cases occurring among this crucial cohort of workers.

To paraphrase Oscar Wilde, to lose one healthcare worker to this disease is a misfortune; to lose this many looks like carelessness. The Irish figures look high, even compared to to Italy and Spain, where figures of 15 per cent of staff falling ill have been quoted.

One doctor, currently in self-isolation after becoming infected, believes their hospital continued with elective surgery 'even when we knew it was a risk'

The authorities here have refused to say so far whether any healthcare workers have died; if this hasn’t happened yet it will soon.

There are many different reasons why the figures are so high, some common to other countries and some specific to Irish circumstances.

It first has to be said that coronavirus has proved a thoroughly sneaky adversary. The role of asymptomatic transmission was widely underestimated at first, and the virus lives longer on surfaces than was first thought. It also hits hardest those exposed to high viral loads, which can include frontline doctors and nurses.

One study from China found “extensive” levels of virus contamination in specialist wards and ICUs, and on equipment ranging from keyboards to hand sanitisers, thus posing a clear infection risk to staff.

This underestimation of the danger helps to explain why Ireland and so many other countries failed to halt foreign travel, or at least quarantine incoming travellers, quickly enough. And why we failed to implement testing quickly enough.

Coronavirus was barely in the country when it cut a swathe through hospitals in Cork and Limerick, infecting dozens of staff and forcing hundreds of others into self-isolation.

One reason was a failure to test patients who clearly, in retrospect, had suspect symptoms but did not fulfil the travel-from-abroad criterion then in place.

As a result a small number of patients who were cycled through GP surgeries, emergency departments, wards and out-of-hours services wreaked devastation among staff and other patients.

Yet even after this happened and was reported upon, normal business continued in some hospitals for many days, with large numbers gathering in outpatients daily.

One doctor, currently in self-isolation after becoming infected, believes their hospital continued with elective surgery “even when we knew it was a risk”.

The doctor says even patients with a history of fever and cough were still being told to attend in mid-March. When one arrived in pre-theatre for an operation but was cancelled, staff were unable to get a test for her because she had not been abroad. Such patients should have been treated as “potentials from the get-go”, this doctor feels.

Personal protective equipment (PPE) helps reduce the risk of infection but it has to be taken on and off properly. While staff in areas such as ICU would be familiar with high-grade PPE, staff in other areas have had to be trained up to use it. It isn’t clear either how widespread the practice of wearing PPE for more routine clinical engagements was.

Not all patients are able to comply with quarantine or hygiene rules, as Dr Emily O’Conor, president of the Irish Association of Emergency Medicine, points out. Some might be agitated or confused or have cognitive or mental health issues.

Shortages of PPE have contributed to the problem of staff infection, Dr O’Conor says. Some healthcare settings have reported running short of PPE, or the appropriate level of PPE, posing a major threat to the safety of staff.

The head of one hospital told me om Thursday it has one day’s supply of PPE left despite having Covid-19 patients in ICU.

Doctors at St James’s Hospital in Dublin felt forced to resort to an online appeal this week about their “dire need” of masks and other equipment.

A lack of guidance in other areas of medicine and care is not helping. Self-employed dentists are angered at the official advice they have received and the lack of PPE available.

Nursing homes and the home-care sectors are equally concerned about these deficits; at least four outbreaks of coronavirus have occurred in nursing homes.

Absenteeism among doctors is the lowest in the public service, and many medics say they have traditionally worked through colds and minor ailments. However, the current crisis demands a culture change because of the enormous impact infected staff can have on other staff and on patients.

“We’re rigid now about sending home staff when sick. It’s a sea change that has a big impact on the rosters,” says Dr O’Conor.

It can be difficult to practise social distancing in many hospitals, she points out, particularly in cramped emergency departments.

It is hoped infection rates will fall among healthcare workers as those who contracted the disease abroad return to work, as new triage systems are put in place to ensure Covid-19 patients are separated from all others, and as patients with the virus are cohorted in the same wards, departments or hospitals.