New GP deal essential if health reforms to go ahead 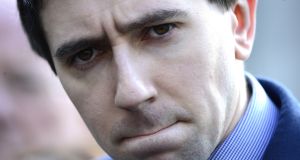 Minister for Health Simon Harris is scheduled to address doctors at the annual conference of the IIMO in Killarney. Photograph: Cyril Byrne / The Irish Times

A new deal between the State and general practitioners will be absolutely essential if the Government’s overall healthcare reforms are to be introduced.

An agreement will also be needed to address growing problems being experienced by some people in accessing GP care, with increasing reports of practices being closed to new patients, particularly in the satellite commuter areas surrounding Dublin.

Family doctors have also warned that if nothing is done patients will face lengthy waiting times to be seen, making the traditional same-day GP service a thing of the past.

The Government and the Irish Medical Organisation (IMO) have been engaged in negotiations for over a year on what a new contract might encompass. These talks, which stalled late last year, looked at the provision of chronic care in the community in dealing with patients with cardiovascular disease, diabetes and chronic obstructive pulmonary disease. The talks also explored the issue of GPs delivering additional services aimed at keeping patients out of the hospital system such as joint injections and some minor ear, nose and throat treatments.

In addition, the talks looked at how capacity in general practice could be increased to facilitate the treatment of additional patients.

However, the negotiations, which are likely to resume in the next few weeks, did not deal with the thorny issue of resources or additional payments for doctors for taking on such new work.

GPs are at the same time arguing that general practice is struggling to cope under cuts that were imposed under financial emergency legislation, known as Fempi, following the economic crash. Doctors maintain that these cuts saw their resources reduced by 38 per cent.

In essence, family doctors contend that general practice will have to be stabilised by reversing the existing Fempi cuts before they can look at the provision of additional services, which would have to attract extra funding.

The Government has had for many years the stated aim of introducing a new contract for GPs.

Minister for Health Simon Harris also announced last autumn that he would set up a process with representative groups for health service contractors – such as GPs – this year for putting in place a new multi-annual approach to fees.

The key issue outstanding was would the Government agree to a twin-track approach and deal separately with reversing the Fempi cuts and the introduction of a new contract? Or would it want doctors effectively to trade the provision of new and additional services for a rolling back of the austerity-era fee reductions?

The Minister for State at the Department of Health Jim Daly told the annual conference of the National Association of General Practitioners (NAGP) last week that the proposed new multi-annual approach to fees would be “in return for service improvement and contractual reform and in line with Government priorities for the health service”.

GPs are opposing any linkage between the reversal of the Fempi cuts and taking on additional work.

Mr Harris is scheduled to address doctors at the annual conference of the Irish Medical Organisation (IMO) in Killarney next Saturday and those attending will listen closely for his stance on the new contract and the Fempi cuts.

Any dispute with GPs, or further delay in introducing a new GP contract, which has been a Government priority going back to James Reilly’s time as Minister for Health in 2011, could have huge implications both for the Government’s reforms and for patients.

A core element of the Government’s Sláintecare reform blueprint for the health service is the transfer of services for patients from over-stretched hospitals to the community. To achieve this, a new accord with GPs will be essential.

The Department of Health’s recent hospital capacity review made clear what would happen if such a shift from hospitals to the community did not take place.

The review estimated that in light of the country’s growing and ageing population, an additional 2,600 hospital beds would be needed in the years ahead even if care was increasingly transferred to the community.

However, it maintained if the current hospital-centric model of care persisted – in the absence of a shift towards providing more care in the community – the number of additional hospital beds needed would soar to an unaffordable 7,000- 9,000 beds in the coming decade or so.