GPs will not get funding restored ‘for nothing’, says Varadkar 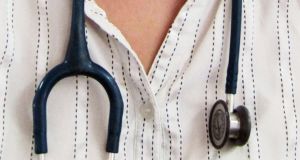 The issue of the crisis in general practice and the Government’s plans for a new contract and for a new arrangement on fees are expected to feature prominently at the IMO conference. Photograph: Hugh Macknight/PA Wire

A reversal of austerity-era financial cuts for general practitioners could cost €120 million and will require doctors to take on additional work, Taoiseach Leo Varadkar has warned.

Speaking at a private meeting of the Fine Gael parliamentary party last week, Mr Varadkar said the pay reductions imposed under financial emergency legislation will not be returned “for nothing”.

The Taoiseach was responding to a motion from Fine Gael Senators who called on Minister for Health Simon Harris and Minister for Public Expenditure Paschal Donohoe to enter talks with GPs “immediately” and return a fraction of the money as a “gesture of goodwill”.

Mr Varadkar told the meeting he was taking a personal interest in the negotiations as a former GP and was eager for the matter to be concluded to everyone’s satisfaction.

However, he stressed the Government has its own “asks” of GPs and €120 million could not be returned without specific requirements being met.

The Cabinet agreed at its meeting last week that discussions with GPs would begin in April.

Government sources downplayed the Taoiseach’s remarks and insisted they were in line with the position afforded to other public sector workers.

“All other unions accepted additional requirements were necessary in order for a reversal of Fempi (the financial emergency measures in the public interest).”

GPs have rejected any linkage between the reversal of cuts imposed under financial emergency legislation and taking on additional work under a revised contract with the State.

Doctors have argued that general practice is facing a crisis on foot of cuts of up to 38 per cent and that it needs to be stabilised first through a reversal of the Fempi cuts.

Minister for Health Simon Harris told the Fine Gael meeting that the Government was committed to investing in general practice and had a number of exciting things it wanted GPs to do.

However, he stressed negotiations could not be conducted in public and both sides needed to discuss their options before proceeding.

Mr Donohoe is understood to have criticised Fine Gael Senators for bringing the motion and “tying the hands” of the Government.

If the party accepted the motion, members would bring similar proposals with regards to teachers, nurses, firefighters or the gardaí, Mr Donohoe added.

The Minister said the Government must be able to take decisions and have the support of the Fine Gael parliamentary party without having the matter debated publicly.

The issue of the crisis in general practice and the Government’s plans for a new contract and for a new arrangement on fees are expected to feature prominently in debates at the annual conference of the Irish Medical Organisation (IMO) to take place in Killarney this week.

The Minister for Health is scheduled to address doctors at the conference next Saturday.

The chairman of the IMO’s general practitioner committee Dr Pádraig McGarry said on Sunday concrete proposals were needed for “a roadmap to unwind Fempi and also to get into negotiations on a new workload which will bring new resources”.

A new contract between the State and general practitioners will be central to the implementation of the Government’s overall health reform programme which envisages a shift of care from hospitals to the community.