Rights of many with mental illness being breached, report claims

Commission finds denial of physical healthcare to patients may cause 3,000 to die a year 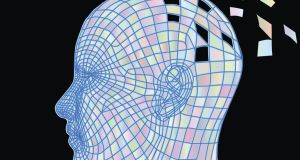 Many of those who live in mental health units are vulnerable and elderly, have poor communication abilities and are at high risk of heart disease. Photograph: Getty

Thousands of vulnerable people with severe mental illness are being denied access to essential physical healthcare services, in breach of their human rights, according to a report by the Mental Health Commission.

Almost 3,000 deaths a year could be avoided if discrimination against people with severe mental illness ended and they were afforded the same amount of healthcare as the general population, the commission estimates.

The report says some patients with severe mental illness are being discriminated against by being denied access to essential services such as physiotherapy, dietetics, speech and language therapy, and seating assessments.

“This is utterly unacceptable and a breach of human rights,” says Dr Susan Finnerty, the inspector of mental health services and the report author. “I found a significant number of residents who had been assessed as needing these services but had no access to them.”

People with severe mental illness deserve the same rights as everyone else, and to live healthier and longer lives, according to Dr Finnerty. Healthcare professionals have a vital role to play in helping to achieve this, she says, and need to set the standard in raising aspirations and challenging discrimination for this group of people.

The report also finds that physical health monitoring for people with severe mental illness falls below international best practice standards. Of those surveyed, just 9 per cent had their waist circumference measured; only 25 per cent had a body mass index (BMI) rate recorded; and monitoring of blood lipids and electrocardiograms (ECGs) was carried out in only two-thirds of residents. While some physical health needs were outlined in some residents’ individual care plans, these did not include annual monitoring.

“These findings are of serious concern and show that residents in long-term care in mental health in-patient units are not adequately monitored for serious physical illness, which they have a higher risk of developing than the general population,” Dr Finnerty states.

The report says people with a severe mental illness may die 15-20 years earlier than the rest of the population. Research in the UK has estimated 40,000 deaths could be avoided each year if people with serious mental illness were afforded the same amount of physical healthcare; the equivalent number of deaths annually based on Ireland’s population is almost 3,000.

Many of those who live in mental health units are vulnerable and elderly, have poor communication abilities and are at high risk of heart disease, she points out.

The commission has written to the Health Service Executive seeking an action plan to address the concerns raised in the report.

“This report demonstrates a blatant disregard for the welfare of some of the most vulnerable members of our society.

“If we are talking seriously about creating a culture of respect for human rights in this country, then we must start by working to improve the quality and standards of our mental health services, and ensuring that we eliminate all instances of discrimination.

“We must commit to move now to implement procedures that will address the concerns in this report and radically improve the physical healthcare and monitoring of mentally ill people in Ireland to ensure that they do not continue to suffer unnecessarily.”

The report is based on reviews and monitoring of a random selection of 100 residents across 10 in-patient care centres. There are 2,770 in-patient beds providing services to people with a mental illness and about 1,300 further beds in 24-hour community residences for people with an “enduring” mental illness.