Rift over CervicalCheck tribunal deepens amid claims of ‘playing politics’ 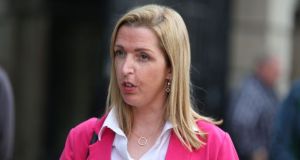 The tribunal was due to commence its work last month but, in the face of objections from some victims, including campaigner Vicky Phelan, the Government agreed to postpone the start date in the hope that their concerns can be met. Photograph: Nick Bradshaw/The Irish Times

The group representing women affected by the CervicalCheck controversy has told Minister for Health Stephen Donnelly that “time is up” to resolve issues around the planned new tribunal.

The 221 Plus group has written to Mr Donnelly stating that it believes the Government is “playing politics” on the issue and is unwilling to address the concerns of the women.

The tribunal was due to commence its work last month but, in the face of objections from some victims, including campaigner Vicky Phelan, the Government agreed to postpone the start date in the hope that their concerns can be met.

There have been ongoing discussions in recent weeks but in a letter to Mr Donnelly sent on Wednesday the group says it is starting to believe that the discourse is “pointless”.

“It seems that that we are back to learning about Government’s views on the CervicalCheck Tribunal at the same time as the public. We are getting to the point where this discourse is pointless when what we have offered by way of input and evidence is either being ignored or we are being talked over.

“The position of Government now seems to be that it can ‘deal with’ the Statute of Limitations issue that we raised. That is not what was in the last letter received from you on 8 November... if the position has changed and there is now a basis for the statement made in the Dáil yesterday, perhaps you can advise us on what is different and what is proposed.

“In the absence of any clarification to the contrary in response to our letter of Friday last 13 November we take it that there will be no movement on the matter of recurrence, for fear that it would make the labs less accessible to the State as was also set out that letter of November 8.

“As we have now stated on a number of occasions 221 Plus has no basis on which to express confidence in the tribunal as proposed at this point.

“The statement that the Government will be ‘reviewing the matter’ at its Cabinet meeting next week is we believe just playing politics and pushing out the inevitable conclusion that it is unwilling to address the issue as these women would wish.”

The letter added: “surely if nothing we have said can persuade you, the news yesterday will; that of another mother of two young children pleading for an urgent hearing of her court action in fear of her life, a case, still involving two labs, and that is expected to last a number of weeks.”

The group said that the time was up to deal with issues they have raised in recent weeks. “As we see it, time is up and we are now setting about communicating to our members to that effect which we will do before the weekend. If there is any basis in fact to show otherwise before we do so we would welcome seeing it.”

The group is named after the more than 221 women were affected by the CervicalCheck controversy. The women involved had developed cervical cancer, after which an audit of their earlier tests was carried out. This audit revealed “discordant” results but most of the women were not told of them.

Covid-19 advice sent by text to 1,511 arrivals from Brazil amid new strain