Review into acute psychiatric unit in Limerick under way 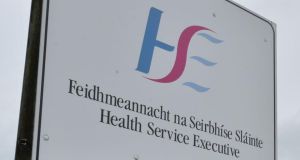 Senior HSE management held a meeting on Wednesday to discuss the recent instances at the acute psychiatric unit located on the grounds of University Hospital Limerick. Photograph: Alan Betson

A review of security arrangements is being carried out at an acute psychiatric unit located on the grounds of one of the busiest hospitals in the country, after the HSE confirmed three patients left the facility in the space of one month.

The patients were among five people with perceived mental health difficulties who were subsequently reported missing to Gardai in Limerick since early May.

Three of the five missing people were patients in Unit 5B, a 45-bed Acute Psychiatric Unit located on the grounds of University Hospital Limerick, but managed through the wider HSE Community Healthcare Services.

It’s understood two people reported as missing to Gardai in the same period were waiting to be assessed for possible admission to the psychiatric unit when they left the Emergency Department area of University Hospital Limerick and the alarm was raised.

All five patients were subsequently found safe, however in one incident in late May Gardai had to break into a property after a man barricaded himself into a house in a housing estate close to University Hospital Limerick for several hours.

Senior HSE management held a meeting yesterday (WED) to discuss the recent instances, after which it was confirmed that procedures concerning one of the doors at Unit 5B is being reviewed.

“In relation to the most recent concern regarding patients leaving or being absent from the Unit, three such situations are known to have occurred between early May and early June,” he confirmed.

“Following the most recent instances we are reviewing one particular aspect of our procedures in respect of one of the doors at the facility, but for operational reasons will not be commenting further on that. ”

Mr Gloster said it is always a concern if patients leave a facility either against advice or “if they absent themselves and the absence is not known until after they have left”.

“Unfortunately, given the nature of the service and the type of facility, this can occur and, while in relatively low numbers, it is always of concern to us. In such instances our Clinical staff engages in their own search together with close contact and co-operation with the GardaÃ­ and the family of the patient. Usually this results in a situation where the patient is re-engaged successfully in treatment. ”

Last month Garda in Limerick had to force there way into a house on the south side of Limerick city after a man reported missing from Unit 5b barricaded himself into a house in a housing estate close to the hospital.

The man entered the house which was not his but was vacant at the time, and spent over two hours inside before gardai and a special negotiating team managed to get him to leave.

Another patient reported as missing was located in the west of Ireland.

When asked specifically about concerns around patients going missing after presenting to the Emergency Department of University Hospital Limerick while waiting to be assessed for possible admission to Unit5B Mr Gloster said:

“In the case of out-of-hours, people who present at Emergency Departments requiring mental health services are seen by trained Psychiatric Nurses operating in a crises role who have been requested by the ED staff and come from Unit 5B to the Emergency Department. Thereafter, appropriate decisions are made including the involvement of the on call Consultant for Mental Health at that point in time. Unfortunately, there have been experiences in Emergency Departments where people present looking for some type of assistance but choose to leave very quickly thereafter before having been seen or having had an assessment completed.

In the statement issued on Wednesday the HSE said the Acute Psychiatric Unit in Limerick is not a secure unit, and is currently running occupancy rates of up to 45 patients, 20% of whom are there involuntarily.

“The HSE wishes to emphasise that the Acute Psychiatric Unit, like the majority of similar units around the country has as its core function a duty to respond to people who experience mental illness and particularly at the time when they might experience an acute phase of that illness. These services are often perceived being as being secured or locked and indeed this perception has added to the stigma associated with mental illness and facilities over the years. The Acute Psychiatric Unit in Limerick is not a secure unit. ”

The unit caters for patients who have two types of status under the mental health legislation and service provision. The first of these is involuntary; where effectively the consent of the patient to be in hospital is removed from him/her temporarily because they are deemed to be clinically particularly unwell at that point in time.

Involuntary status is for the shortest period of time possible and is subject to independent scrutiny and review in each case by an Independent Tribunal.

The second status is those who are voluntary; patients who sought assistance, underwent assessment and are in hospital based on their full consent.

At the Acute Psychiatric Unit in University Hospital Limerick on average 20% of the patients would be of involuntary status.