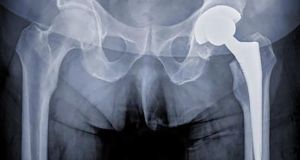 The Galway Clinic has opened MRI scanners from 8am until midnight, seven days a week, and extended elective CT services to include weekend appointments. Photograph: Bryan O’Brien

It is not long after sunrise in late September but staff at the Galway Clinic are preparing for the first patients of the day. MRI scans at the private hospital begin at 8am, running until midnight.

Currently, the scanners run seven days per week. The Galway Clinic is just one of many private hospitals where working days have been expanded and weekend services introduced since they resumed normal operations in the summer.

For three months earlier this year – at the height of the Covid-19 pandemic – nearly 20 private hospitals, including their beds, theatres, facilities and the bulk of their staff, were effectively taken over by the State.

The Government’s highly controversial initiative threw the country’s private healthcare market into disarray. Private medical consultants had no access to their rooms or theatres.

Health insurers, meanwhile, had to give back millions of euro to subscribers who could no longer be admitted to private hospitals covered on their insurance plans.

The arrangement ended in late June after the Government went against a Health Service Executive recommendation and decided not to rent more than 2,000 private beds, theatres and intensive care facilities for two more months.

The Government had come under pressure over the cost of the deal which the Cabinet was told could cost about €340 million for the three months it had been in operation.

Official minutes of the Health Budget Oversight Group – a body comprised of officials from the Department of Health, the HSE and the Department of Public Expenditure – show that the HSE had wanted to continue the deal.

However, the documents show that, from early on, senior officials were concerned about the use that was made of the private hospital facilities given the the anticipated surge of Covid-19 cases did not then materialise.

Upon regaining control of their facilities, the private hospitals moved quickly to get back to business – as can be seen by the number of claims lodged since by the privately health-insured.

Early claims data from the summer suggests that private hospitals are not yet back to pre-Covid levels, but they are bouncing back faster than anticipated. And they are certainly ahead of private practice in the public hospitals.

The Blackrock Clinic in south Dublin said it had “a considerable backlog of care to provide” following the ending of the agreement between the private hospitals and the HSE.

“In July and August this year [the hospital] performed 35 per cent more theatre procedures than the same period in 2019. The entire team at Blackrock Clinic pulled together, working longer-than-usual shifts and weekends to ensure our patients received their treatment and procedures as quickly and as safely as possible.

“Although it was summer, all of Blackrock Clinic’s theatres were running at full capacity. Surgeons, staff and everyone at the hospital were keen to get through the backlog as quickly as possible. Free theatre sessions due to holidays were utilised by other surgeons and their teams putting on extra lists. Theatre started a little earlier and also operated on some Saturdays.”

The chief operations officer of the Mater Private Hospital group, Caroline Whelan, said it recognised that, after the ending of the agreement with the HSE, it would face both a backlog of patients and have to operate under the new social-distancing requirements.

She said the group decided to “expand its geography” beyond its existing facilities in Eccles Street in Dublin and in Cork and Limerick.

At the end of October, the group will formally open new premises at Carrickmines in south Dublin and at Northern Cross on the northside of the capital which will provide diagnostic services such as MRI, CT and X-rays while some consultant out-patient clinics in areas such as cardiology, orthopaedics and spinal care will also move to the new facilities.

Ms Whelan said the group also expanded its working week to six days and that theatres, its cath labs and day therapies also now routinely operated on Saturdays. She said radiology services had always operated on a seven-day basis.

The Hermitage Medical Clinic in Dublin said since the beginning of July it had been “working at full capacity to meet the built-up demand from our patients”. It said it had extended working days, provided additional resources and re-engineered processes.

The Galway Clinic said that in response to the demand from patients for services, it had “opened MRI scanners from 8am until midnight, seven days a week, and extended our elective CT services to include weekend appointments.

“We have employed new healthcare assistants and also more cleaning staff to undertake the extensive extra cleaning and infection-prevention and control measures which are necessary to reduce the risk of Covid-19. Mammography services have been extended in order to meet the increased demands from our patients.”

On Thursday, Minister for Health Stephen Donnelly suggested that parts of the public hospital system were not “going at full whack”.

He said diagnostic suites were not operating on a 24/7 basis and that some were working longer hours than others. He said, “a lot more could be got out of our existing diagnostic machines”. However, he said this would involve recruiting additional healthcare staff.

In the meantime, the HSE is expected to seek to avail of services in the private hospitals in the months ahead, although a full-scale takeover seems unlikely.

It has put in place a tender process for particular services such as diagnostics and is in talks with individual hospitals about any future Covid-related requirements.

The HSE said: “There has been very constructive engagement with individual private providers and we are at an advanced stage of discussion and hope to bring this process to a conclusion shortly.

“The procurement process closed to applications on August 31st and evaluation of applications has now been completed. The HSE is in the process of communicating with applicants in relation to the outcome of the evaluation process. It is hoped to progress to mini competition stage in October.”