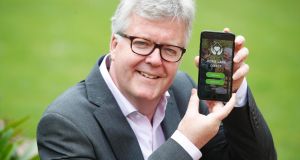 Michael Harty of Home Care Plus: With more money going to the carer and less to be paid out by the “caree” under this system, it is mutually beneficial. Photograph: Conor McCabe

A new initiative by one private home-care agency aims to lower costs for families and increase carers’ earning power by enabling them to work directly together.

It might sound like turkeys voting for Christmas for an agency to step back from the relationship, but Michael Harty of Home Care Plus sees his setting up of the online service Home Care Direct as win-win-win.

Currently, agencies may charge around €25 for an hour’s home care, of which the carer is likely to get €10-€12.

“There is a significant disparity there,” he points out. “No wonder it is difficult for agencies to find sufficient quality carers to work for them, while some families are tempted to look to the black market to try to cut costs.

The problems have been exacerbated by the improving economy because carers can find better-paid jobs in other lines of work. At the same time, more families need to buy-in assistance for elderly parents, because adult children, who in the past might have done the care themselves, now have paid work of their own.

Carers are the most important asset of agencies, but we don’t make caring very attractive in the sector generally, Harty says. “They are paid relatively poor wages; there is no guarantee of hours and precious little career pathway. I was always conscious that this was a weakness in the model.”

So that’s why he decided to look at taking the cost of the agency out of the equation and to empower carers and families to work together, providing them with tools to do that. Home Care Direct, which was launched earlier this summer, is an online platform on which carers can advertise their services and families can look to hire a suitable carer.

The agency interviews all carers, checks their references and clears them through the National Vetting Bureau before they are allowed to advertise. Each carer is also set up as sole director of his or her own limited company, all the administration of which is handled by Home Care Direct, which also looks after insurance for both sides.

Carers are then working for themselves, receiving payslips from their own company and invoicing families for services – all looked after by the agency. They can set their own prices, offer only the days and hours they want to work and stipulate in what locality they are available.

A big advantage for families is that they don’t have to become employers of that carer, with all the requirements of tax and workplace legislation which that entails. With the scheme being fully tax compliant, eligible families will have no problem claiming tax relief that is available at the top rate of 40 per cent for home-care costs – a significant State subsidy that does not seem to be widely promoted.

The agency’s commission comes out of the carer’s fee – 1 per cent for insurance, 2 per cent for administration and tax returns and 10 per cent for the online services. So, for example, if the carer charges €20 an hour, the family pays that €20 and she will see €2.60 of it go to Home Care Direct.

It’s not a set-up that will suit all situations, says Harty. “We are asking families to take on a little more responsibility. There probably needs to be a son or daughter who has the time and availability to search for, interview and manage the carer. And likewise it’s not suitable for all carers.”

This is why he does not believe it will be the death knell of traditional agencies.  But it provides another option for families who don’t require a full agency service and would be better off liaising directly with a carer.

Brian’s widowed father, Gerry, is in his 90th year and has always been adamant that he wants to live out the rest of his time at home in south Dublin. He played golf until fairly recently, is still mobile enough to walk the dog but needs things done for him around the house such as preparation of meals as “he has zero interest in getting food onto a plate”, says Brian, who asks that his surname not be used, to protect the privacy of his father.

They started using a carer, Joan, for 19 hours a week through Home Care Direct, after a previous carer left suddenly when they were pushing to formalise arrangements.

With more money going to the carer and less to be paid out by the “caree” under this system, it is mutually beneficial, points out Brian, who also calls into his father regularly. But meanwhile, through the service’s “companion” app, he can see Joan log in and out on her daily visits to the house and she can also use the app to leave notes for Brian on anything he needs to know.

“An erudite gentleman,” is how Joan describes her client, with whom she shares a love of jazz. She is also glad to have the chance to build up a relationship with him.

Gerry too is much happier with the continuity of care and the flexibility of arrangements with Joan. When they were using agency care in the short gap before they got Joan, says Brian, there was “a sense of invasion” with three or four different people coming into his home.

It was Harty’s personal experience of the needs of his mother, who suffered from Lewy body dementia before her death in 2006, which sparked his interest in the non-medical care sector and led him to set up his agency nine years ago.

“She probably went into a nursing home before she needed to. We weren’t aware of home-care possibilities and the sector was not as developed as it is now.”

When devising this latest arm of the business, Harty hoped that facilitating carers to deal directly with families would also help to raise standards. From his own carers, he knew there was frustration among the better ones that they were paid the same for agency work as poorer-performing colleagues.

One of the greatest drivers of quality is “self-incentive”, he points out, and carers on the “platform” will “live or die” by their performance and reviews. And, for him, the sight of one of the first carers to secure work through Home Care Direct carrying home-made broccoli soup into the house of a new client vindicated his vision.

By starting to get €20 for hour, instead of about half that through an agency, she felt incredible ownership, says Harty, and she was determined to give a five-star service.

“Not in a million years,” he adds, “is an agency worker going to be making broccoli soup.”