Joan Freeman to focus on Solace House, which she founded to serve Irish diaspora 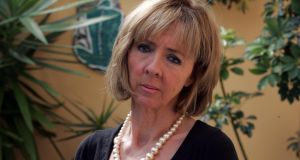 Solace House will provide a free-of-charge crisis intervention counselling service to people who experience suicidal thoughts and who may otherwise engage in self-harm.

Her focus will be on the Irish diaspora based in New York, with the expectation of growing the service in other cities across the US.

Solace House is to be officially launched on Wednesday at the New York Irish Centre in Queens at an event attended by Minister for Children Katherine Zappone and Consul General of Ireland in New York Ciarán Madden.

Speaking ahead of the launch, Senator Freeman said: “I am so grateful for the generosity, courage and vision of the Pieta board who allowed me to work in America to identify and meet the need for ‘helping the Irish wherever they are’.

“I also want to acknowledge everyone who gave their time in making Pieta House the incredible organisation it has become today. Pieta House would not exist except for the courage of the people who came through our service and not survived, but thrived,” she said.

Ms Freeman was appointed to the Seanad in May 2016 and is chairwoman of the Joint Oireachtas Committee on the Future of Mental Health.

Two Irish passengers on cruise ship test positive for coronavirus 18:53
‘A great day for rural Ireland’ - turf cutting prosecution collapses 18:44
Number of people with dementia to more than double by 2050 18:22
New virus about 20 times deadlier than regular flu 18:04
Q&A: How long could it take to form a new government after Election 2020? Could things get messy? 17:57

1 Q&A: How long could it take to form a new government after Election 2020? Could things get messy?
2 Cardiologist saved by paramedics after heart attack at Dublin Airport
3 Two Irish passengers on cruise ship test positive for coronavirus
4 Body part found on Donegal beach by person out walking
5 Mediterranean diet fuels bacteria that may reduce old-age frailty
Real news has value SUBSCRIBE