Number of organ donations down by a quarter

Key to enhancing organ donation is through specialist nurses and doctors, says professor 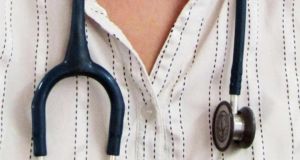 Liver transplants have fallen by 20 per cent to 44, while for the second year in a row, the Irish Kidney Association failed to reach its target of 50 living donor kidney transplants in the State. Photograph: Hugh Macknight/PA Wire

The number of organ donors in the State dropped by a quarter last year, making 2014 one of the worst in recent years for organ donations.

Preliminary figures from Organ Donation and Transplant Ireland (ODTI) show the number of deceased organ donations dropped from 86 in 2013 to 63 in 2014.

Liver transplants have fallen by 20 per cent to 44, while for the second year in a row, the target of 50 living donor kidney transplants in the State was not achieved.

Initiatives focused on reducing road accidents and the rate of strokes has led to a downward pressure on organ donation internationally, Professor Jim Egan from the ODTI said.

“It’s a very rare event that someone might die in circumstances that allows organ donation so we’d ask people to be aware of the benefits of organ donation and discuss their wishes with their family because lives can be saved,” Prof Egan told RTÉ.

“Life can be one’s legacy if one dies in circumstances that allow organ donation,” he said.

Rather than applying a “soft opt-out system”, the key to enhancing organ donation is through the deployment of specialist nurses and doctors, he said. This month, five new organ procurement coordinators are scheduled to begin working in Irish hospitals, followed by six specialist nurses and intensive care doctors in the spring.

Despite the low level of deceased organ donors in 2014, the Mater hospital in Dublin recorded a record number of transplants last year with 31 lung and 18 hearts.

The lowest figure for donations from deceased donors in recent years was in 2010 with only 58 donors. This figure rose in 2011 with 93 deceased donors. According to the ODTI, kidneys are the most commonly transplanted organ, followed by the liver and the heart.

In a statement, the Irish Kidney Association (IKA) raised concerns that Beaumont Hospital did not have the infrastructure in place to increase the number kidney transplants and said the hospital was in short supply of transplant surgeons. The hospital has also failed to commission an extra operation theatre, it said.

The HSE said transplant services at Beaumont Hospital had been “prioritised” and the hospital was “actively pursuing a number of options” to develop the existing donor team.

Prof Egan says the HSE should look internationally to countries like Spain for advice on the type of infrastructure need to improve organ donation levels.

“The key component of the Spanish system is specialist doctors and nurses involved in organ donation throughout the healthcare system,” he told The Irish Times. “Other countries like the UK and Australia have replicated that and invested in that area.”

Prof Egan hopes the upcoming specialist donor recruits in 2015 will play an important role in relaying the benefits of organ donation to the public.

“We have to continue to try and make the public aware of the large number of people awaiting organs,” he said, adding that 650 Irish families are currently waiting for life-saving transplant treatment.

“We don’t want people to be donors, we want them to drive carefully and mind themselves. But in the unlikely circumstance that something was to happen, we’d ask them to give the gift of life.”

For organ donor cards freetext DONOR to 50050 or visit ika.ie