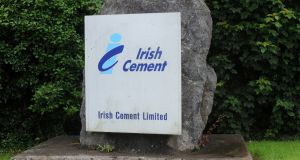 Residents are concerned about potential damage to the health of people living in the area near the plant and the environment, and have held a number of protest marches in recent years. Photograph: Laura Hutton/Photocall Ireland

There is no link between proximity to the Irish Cement plant in Limerick and the high rate of respiratory deaths in the city, the State’s health watchdog has said.

The Health Information and Quality Authority (Hiqa), the State regulator, said in a report there was a “significant association” between respiratory mortality and deprivation in Limerick.

Limerick city is the most deprived local authority area in the State and had 21 of the 24 electoral divisions in the HSE’s Mid-West area comprising Clare, Limerick and Tipperary North that were found to have “significant elevated respiratory mortality rates”, the report states.

The report says that tobacco smoking is “more prevalent” in areas of high deprivation.

The findings are based on data on respiratory mortality between 2011 and 2015. The regulator investigated whether deprivation in the area, urban status and distance to the Irish Cement plant at Castlemungret outside the city could potentially explain variation in respiratory death rates.

Thousands of locals in the Mungret, Raheen and Dooradoyle areas and beyond, along with anti-pollution groups, are objecting to the company’s plans to replace the use of fossil fuels such as petroleum coke and coal with solid recovered waste, used tires, solvents and other materials.

They are concerned about potential damage to the health of people living in the area and the environment, and have held a number of protest marches in recent years in opposition to the plan.

The Environmental Protection Agency is currently holding a virtual oral hearing into Irish Cement’s €10 million plan to change production at the facility, which dates back to 1938.