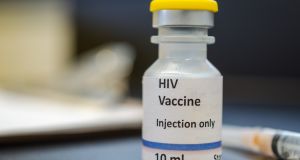 The number of people diagnosed with Human Immunodeficiency Virus (HIV) in Ireland rose by 8 per cent last year with 531 diagnoses in 2018, up from 492 the previous year.

The latest statistics on the diagnosis of HIV and sexually transmitted infections (STIs) from the Health Protection Surveillance Centre (HPSC) show the number of people in Ireland diagnosed with HIV has continued to rise in recent years, despite an overall decline in rates of new cases across the European Union.

The EU and European Economic Area has seen a 20 per cent drop in the rate of new diagnoses among men who have sex with men since 2015, according to the European Centre for Disease Prevention and Control. However, the centre warned in November that HIV transmission remained a “major public health concern”, affecting more than 2.3 million people across the World Health Organisation’s “European Region” which stretches across Europe into Russia, Kazakhstan, Kyrgyzstan, Tajikistan and Uzbekistan.

In Ireland, the number of new HIV infections dropped slightly in 2017, falling from 508 cases in 2016 to 492. Three quarter of HIV diagnoses in 2017 were men and more than half of diagnosis made that year were among men who have sex with men. More than a third of people diagnosed with the disease in 2017 were heterosexual, while 63 per cent of people diagnosed were born abroad and more than a quarter born in Ireland.

Andrew Leavitt, a member the HIV activist organisation ACT UP, described the increase in HIV diagnoses as “unacceptable”, saying it was a “predictable result” of the Government’s delay in providing State funding for the Pre-Exposure Prophylaxis (PrEP) HIV prevention drug.

PrEP is already available for purchase in Ireland but is under consideration for State funding. The once-daily medication has been proven to reduce the risk of HIV infection, particularly among members of the gay community, by up to 90 per cent.

“These figures underscore the need for the HSE to act swiftly to make PrEP easy to access everywhere in the country,” said Mr Leavitt, adding that recent reports from the UK and Australia had shown significant reductions in HIV diagnoses when PrEP is widely available.

Mr Leavitt called for HIV testing to be “greatly expanded”, noting that Ireland’s high rate of late HIV diagnoses was reflective of the low rates of testing. Testing should be available for free through GPs and free HIV self-testing kits should be provided, he said. Mr Leavitt also called for a nationwide campaign to raise more public awareness around the realities of living with HIV today.

“Today’s HIV treatments allow people with HIV to live full, healthy lives and we know that effective treatment not only keeps people living with HIV healthy, but prevents transmission of the virus to sexual partners,” said a statement from ACT UP in response to the latest figures. “ It’s crucial that these messages be promoted, to help combat HIV-related stigma, and to encourage people to get tested.”