Women unaware experimental procedure was to be carried out 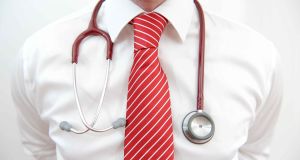 A speculum is a tool used by doctors to investigate bodily orifices and is used by gynaecologists to open the vagina for examination. Photograph: Andrew Matthews/PA

Consent is a central principle of healthcare and medical research globally. Patients have to be in a position to give informed consent to any treatment they undergo, and researchers have to obtain consent for their work to ensure it meet ethical standards.

This can be a cumbersome process but it is essential if the rights of the individual to self-determination and bodily autonomy are to be respected. The Health Service Executive’s policy on consent runs to 125 detailed pages.

The issue about consent that has arisen at St Luke’s Hospital in Kilkenny dates back to last September, when nursing staff raised their concerns over tests carried out on two patients. It was subsequently found similar work had been carried out on three women patients on the previous day.

The concerns raised related to the question of whether consent had been received from an ethics committee and from the patients for the tests performed on them.

The women were there as regular patients of the hospital because they had gynaecological symptoms that required attention. They had no idea an experimental procedure was to be carried out as part of the examination they required.

A speculum is a tool used by doctors to investigate bodily orifices. Shaped like a duck’s bill, it is used by gynaecologists to open the vagina for examination. Understandably, this can cause pressure and discomfort.

At St Luke’s, the test performed on the five women involved flushing their vagina with water and testing the resultant changes in pressure. The technique could reduce the need for a speculum to carry out a vaginal investigation.

Prof Ray O’Sullivan, an obstetrician and gynaecologist at St Luke’s, has worked on device innovation with a number of companies and holds patents on a variety of products. He is currently working on the development of a new type of speculum, which would be more “soft and gentle” than existing models and could be used in clinics around the world, he told The Irish Times.

However, he said this was “completely separate” from the work done in the hospital. “This was just feasibility. We were trying to see something with respect to the way we perform hysteroscopy and then whether we could research it. We needed to see technically whether we could do the study.”

Hysteroscopy is a procedure used to examine the inside of the womb, using a narrow telescope with a light and camera at the end.

“We’re just going to see if it’s possible. Nothing is being recorded about the patient. If it can be done, we’ll do a full trial,” Prof O’Sullivan said.

The testing has been stopped “for the moment”, he acknowledged.

Asked whether the women were sedated, he said they were “awake”.

“We were doing something for the first time, but it didn’t materially make much difference to the procedure itself. A slight tweak, for want of a better way of putting it.”

Although the hospital acted promptly once the issue came to light and engaged in open disclosure with the women affected, the fuller investigation has taken far longer than anticipated. The women, who are understandably upset at what has happened, have now been waiting nine months for finality.