Ireland has one of the highest rates of mental health illness in Europe, report finds 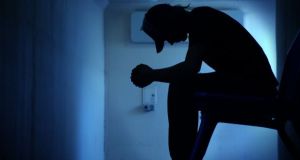 Some 18.5 per cent of the Irish population was recorded as having a mental health disorder, such as anxiety, bipolar, schizophrenia, depression, or alcohol or drug use, in 2016.

Mental health problems cost the Irish economy over € 8.2 billion annually, according to a new OECD report.

Ireland has one of the highest rates of mental health illness in Europe, ranking joint third out of the 36 countries surveyed in the annual Health at a Glance report.

Some 18.5 per cent of the Irish population was recorded as having a mental health disorder, such as anxiety, bipolar, schizophrenia, depression, or alcohol or drug use, in 2016.

Rates of depression were also well above the European average for both men and women in Ireland. However, the suicide rate here was below average.

Some 28 per cent of Irish children aged between 11 and 15 years reported being bullied in school, while 14 per cent were cyberbullied. These figures were close to the EU average.

The report makes the case for giving greater priority to mental health across Europe, where one in six people – 84 million – had a mental health issue in 2016. More than 84,000 deaths in EU countries were attributed to mental illness or suicide in 2015.

The economic and social costs of mental illness are substantial, the report points out, amounting to more than 4 per cent of GDP or over € 600 billion in direct and indirect costs across Europe.

The report also examines wasteful spending in health, and suggests that as much as one-fifth of the outlay on health could be reduced or eliminated without impacting on quality of care.

Many hospital admissions could be avoided through better management of chronic conditions such as asthma and diabetes, it suggests. Savings could also be realized by reducing delayed discharges from hospital and cutting down on waste and improving value for money on pharmaceuticals.

In Ireland, 5.1 per cent of hospital admissions for common chronic conditions could be avoided, the report says.

Meanwhile, the Irish health system recorded 202,000 bed days attributable to delayed transfers of care in 2016, nine times the rate recorded in Denmark. The report notes Ireland also had the highest rates of hospital bed occupancy, at 94 per cent.

Ireland has the third highest per capita spend on pharmaceuticals and an above average rate of caesarean sections, two areas where the OECD says savings can be made. Our take-up of cheaper biosimilar medicines is one of the lowest in Europe while our antibiotic use – much of it wasteful – is one of the highest.

Gains in life expectancy are slowing down across Europe, the report notes, in part because of bad flu seasons in recent years.

The report says more than 1.2 million deaths could have been avoided in EU countries through better public health policies or more effective and timely health care. Most of the avoidable deaths – 790,000 – are tobacco-related.