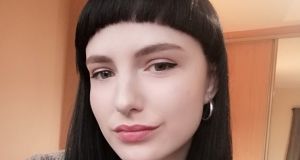 Suzy Coombs was agnosed two years ago with Ankylosing Spondylitis

Aged just 27, Suzi Coombs isn’t how most would imagine a typical arthritis patient. But her debilitating condition has deteriorated dramatically as a result of the Covid crisis, which has delayed badly needed medical care.

As well strong painkillers to help her cope with the chronic pain, sleeping pills have been added to her lengthening prescriptions over recent months to help her get through what, at times, feels like a hopeless ordeal.

Diagnosed two years ago with Ankylosing Spondylitis — a type of arthritis that mainly affects the spine — Coombs, from Galway city, said her hospital appointments have all been cancelled since the start of the pandemic.

So too, the physiotherapy and acupuncture that helped her manage the condition, which makes it difficult getting dressed in the morning, when it takes as long as two hours to limber up.

And, because her prescriptions include immunosuppressants to prevent her inflammatory strain of arthritis attacking her joints, she is considered particularly vulnerable to the coronavirus.

“I’ve moved in with my mother, who is also cocooning,” she says. “I’ve seen my boyfriend, but apart from that I haven’t been out at all.”

The Fine Arts graduate who qualified with a Masters degree from NUI Galway in public advocacy and activism has been forced to put her career on hold, leaving a communications role with a charity to focus on managing her declining health.

“It has turned into a full time job fighting for what I need, especially with the waiting lists,” she says.

Exasperated with years-long queues to see pain management specialists, Coomb took out a credit union loan last year to go private. When the private hospitals were taken over by the State as a result of the crisis, planned pain relief injections into her sacroiliac joints were postponed.

“There’s a backlog now. I will have to wait until at least the end of the year, unless the hospitals are taken over again,” she says.

Regular rheumatology appointments were also canceled — she hasn’t seen a rheumatologist since January and her next appointment isn’t until April next year — and she’s also on an orthopedic waiting list for possible surgery.

“I haven’t seen anyone for a long time. I can’t get through to anyone on the phone,” says Coombs.

“I do think the Government hasn’t really considered what putting a stop to those services might mean for people in practical terms. The face to face care that I was getting has completely stopped.

“Over the last few months my sleep is disturbed, I’m really stressed about catching the virus, and with it coming in waves, there is no end in sight. It has left me feeling hopeless.”

On World Arthritis Day, Arthritis Ireland said tens of thousands of people with the disease in Ireland, who have an auto-immune condition or who need immunosuppressants, may be more vulnerable than others to Covid-19.

Findings from a survey of more than 1,000 people with the conditions , between June and September, found 83 per cent reported being often or sometimes worried about getting “very ill” if they were infected, while three quarters were cocooning during the pandemic.

More than four in ten (44 per cent) had appointments with a rheumatologist cancelled or postponed since the first lockdown in March.

Waiting lists to see a rheumatologist increased from 17,853 to 20,185 (13 per cent) from January to September. The true number needing to be seen is likely to be worse because of a backlog in GP referrals, according to Arthritis Ireland.

Gráinne O’Leary, chief executive of Arthritis Ireland, said it was “particularly concerning” that 44 per cent of those polled who had with inflammatory arthritis had their rheumatology appointments cancelled or postponed.

“We need urgent action to ensure that people with arthritis can access the health services they need in a timely fashion. Arthritis is a chronic, destructive disease – it doesn’t stop while we’re trying to solve the pandemic,” she added.