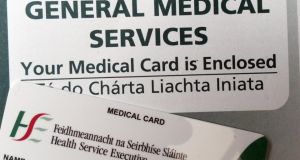 Hundreds of applications to obtain and renew medical cards have been delayed due to staff shortages.

Applications received six weeks ago at the National Medical Card Unit, in Finglas, north Dublin, are only now being processed and may take a further three weeks, the Health Service Executive has said.

All applications and renewals, for medical cards and for GP visit cards for under-6s and over-70s are centrally processed at the National Medical Card Unit, part of the Primary Care Reimbursement Service.

The unit was established in 2011 to provide a single, uniform system for medical card applications and renewals, which were previously dealt with all over the country in local health offices. Its aims included to reduce the number of staff needed to process applications and to provide a more efficient and accountable service.

Independent Cllr Michael Kilcoyne, who represents Castlebar on Mayo County Council, said constituents had contacted him about their concerns.

Mr Kilcoyne, a member of the HSE West Forum, said he often seeks information on the status of an application or renewal of a medical card in his area. He said he had recently made contact for seven or eight constituents who were all experiencing delays.

“These delays need to be addressed. Many of these people are elderly and they worry about these things,” he said.

The HSE said the unit aimed to process all fully completed applications and renewals within 15 working days, including medical cards and GP visit cards for under-6s and over-70s.

A spokeswoman said there were “a number of staff vacancies” at processing grades within the medical card unit.

“This has recently contributed to a temporary delay in application processing of longer than the 15 working-day target,” she said.

“Staff vacancies have now been addressed, with the commencement of new staff over the next three weeks, and it is anticipated that the 15-working-day target will be again achieved in the coming weeks.”

She also said applications received in the week ending Friday, April 28th, from people “whose pre-existing eligibility is not the subject of an eligibility review, and whose application does not require additional material or information to enable a comprehensive eligibility assessment”, are currently being processed.