HSE rented vehicle for €19k that ‘could have been bought cheaper’ 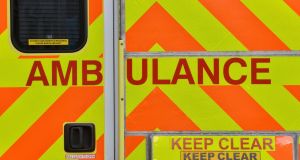 The Health Service Executive spent nearly €19,000 over 14 months to rent a seven-year old vehicle when a similar one would have cost between €5,000 and €10,000 to buy, an internal audit report has found.

An audit of the executive’s lease and rental arrangements for vehicles and equipment found that its expenditure in this area “may not represent value for money”.

The June 2018 report said the lack of formally documented local procedures may result in information on leases and rentals not being collated in full, which could lead to inaccurate financial reporting.

A separate audit of the Bridgeways family resource centre in Longford said the practice of paying a single 59 cent mileage rate for travel expenses regardless of the engine size of a vehicle should “cease immediately”.

It said the practice of paying a single mileage rate for all staff members “may have tax implications”.

The centre said it would adopt a policy in line with civil service mileage rates which varied depending on engine size and kilometres travelled each year.

Another audit found overspending against budget for travel and subsistence payments in the National Ambulance Service. The auditors said financial reporting in the organisation “may be inaccurate and inconsistent” with the service’s governance structures.

The National Ambulance Service agreed with the findings and recommendations, including that financial reporting mechanisms in the organisation should be reviewed.

The auditors also said controls in place for approving annual leave and for the management of carried-over annual leave required strengthening.

An audit also identified a number of control weaknesses in the systems governing the operation of payroll in the Tusla Midland area, and the auditors had difficulty getting access to records and master payroll data.