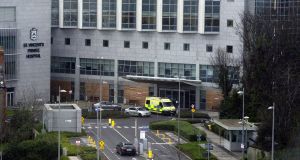 Thousands of patients may be able to access cut-price treatment in private hospitals, even though they do not have private health insurance, under a newly-launched venture.

Letsbuyhealthcare aims to strike advantageous deals with private hospitals by negotiating collectively for a large number of patients who need the same treatment.

The company, set up by former National Treatment Purchase Fund finance director Dave Allen, claims it can save consumers hundreds of euro on relatively simple procedures such as cataract operations, tonsillectomies and vein treatment by bulk-buying services from private hospitals.

The approach is similar to that followed by Mr Allen in the NTPF, which is responsible for negotiating deals with the private health sector to treat patients on the public waiting lists.

More than 86,000 people are waiting for a procedure on the public waiting list, of which 70 per cent are day cases.

Mr Allen said the venture would cut costs by shopping around in the private hospital sector for best value, and through economies of scale involving large numbers of patients. He said he hoped to complete 1,000 operations by the end of the year.

Registration is free for the service, which charges a commission for negotiating a fee with the private hospital.