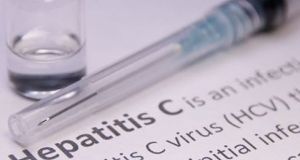 The irregularities at Positive Action often involved the payment of cheques into the director’s account but these were recorded with a different payee in records. Photograph: iStockPhoto/Getty Images

HSE auditors uncovered 94 separate irregularities in the books of the Positive Action hepatitis C support group, all relating to the same director, an internal report has found.

There were significant warning signs about the irregularities that should have been acted upon by members of the executive committee and other directors of the charity, according to the internal audit report.

The irregularities, which totalled €152,146.83 between 2009 and 2012, often involved the payment of cheques into the director’s account but these were recorded with a different payee in Positive Action’s records.

“Internal audit is of the opinion that the occurrence of these irregularities was assisted by the lack of controls, procedures, oversight and stewardship by Positive Action over its expenditure of public funds,” according to the report released under the Freedom of Information Act.

It says there were no internal controls over issuing and signing of cheques in the charity and this created the opportunity for the irregularities identified by auditors to occur. The names of individuals have been redacted from the report.

Among the warning signs that existed were the fact that one director had full control of the finances and that a director asked for the return of bank reconciliations at the end of finance committee meeting for shredding.

There were also strong objections from Positive Action on every occasion when the HSE sought financial information and the post of office manager was made redundant in 2009. Members were told this was because the HSE had cut funding but this was not the case.

There were also six signatories to the bank mandate and when travel and expense cheques were issued the person would “lay a bundle of cash on the table” and cash these cheques.