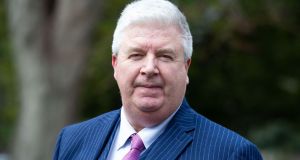 A groundbreaking new therapy to treat the vast majority of people with cystic fibrosis has been approved for Irish patients.

The drug, Trikafta, has yet to be approved by the European Medicines Agency but the Health Service Executive announced on Friday it had reached agreement with the manufacturer, Vertex Pharmaceuticals, to reimburse the cost of the drug for Irish CF patients.

The HSE said it had expanded its existing reimbursement agreement with Vertex to include VX-455 (Elexacaftor), Tezacaftor and Ivacaftor – known as Trikafta – for all eligible patients aged 12 years and older, once EMA approval is given. This is expected early next year.

The agreement with Vertex arises from a 2017 agreement with the company, which provided funding for existing products as well as new ones then in development. This agreement cost €400 million over five years.

Trikafta significantly improves lung function in most patients with the disease, according to recently published clinical studies. As a result, CF could change from a deadly disease to a manageable condition for patients who can be treated with this therapy.

Last month, the US Food and Drug Administration approved Trikafta for 90 per cent of CF patients who have the most common gene mutation and are 12 or older.

CF Ireland has said the new drug heralds “a remarkable time of hope and progress in CF care in Ireland and worldwide”.

“We are shaking with excitement at this news. This is a wonderful drug and it means Ireland is on course to be the first country in Europe to approve it,” said Philip Watt, chief executive of the charity.

“We are breathing a huge sigh of relief that we don’t have to fight for access to this drug,” said Mr Watt, who praised the HSE for ensuring access was widened to all eligible patients.

About 800 Irish CF patients are eligible for the treatment, he estimated.

“This is incredible news for CF patients and their families and is another important step on the road to improving outcomes for cystic fibrosis patients.

“This is another milestone and I congratulate everyone who worked to achieve this.”

CF is an inherited disease that primarily affects the lungs and digestive system of about 1,300 children and adults in Ireland. It causes the body to produce a thick, sticky mucus that clogs the lungs and obstructs the pancreas. It also stops natural enzymes from helping the body break down and absorb food.

There is no cure. Ireland has one of the highest rates of CF in the world, with the incidence estimated at about four times the average for Europe.